2. Energy Equity: Assesses a country’s ability to provide universal access to energy that is not only affordable, but also reliable and abundant.

3. Environmental Sustainability: Focuses on the productivity and efficiency of energy generation, transmission, and distribution—in addition to air quality and decarbonization. 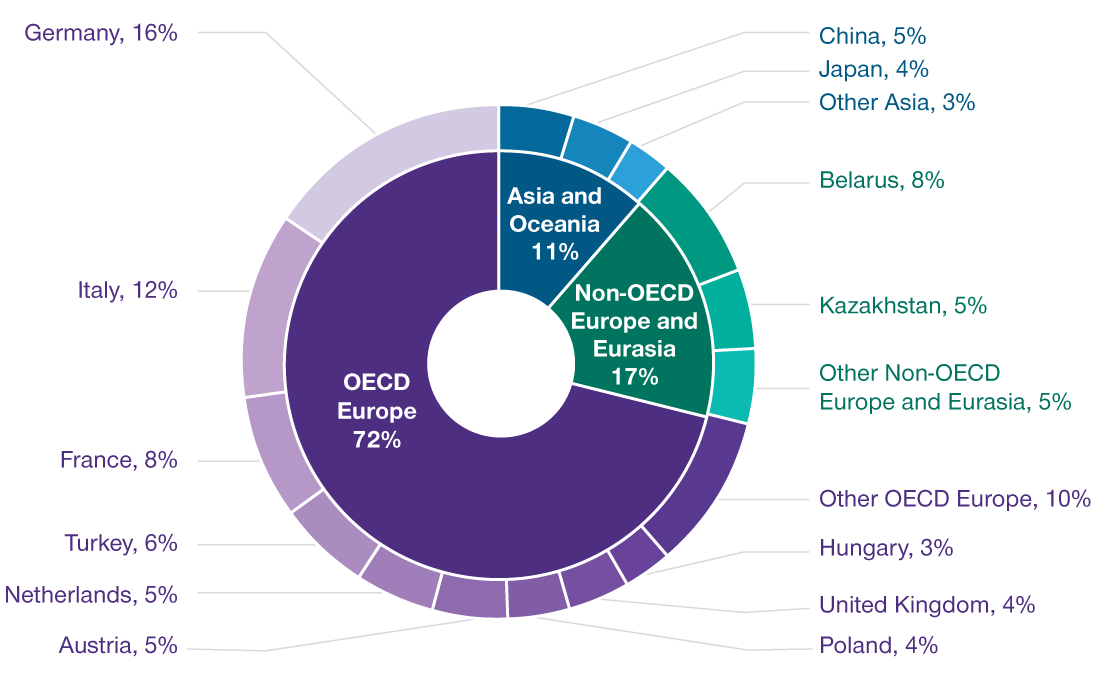 Percentages may not total 100 due to rounding.

The Organization for Economic Co-operation and Development (OECD) is an international policy forum that works to build policies to improve the economic and social well-being of people around the world.

"While some countries have already started to reconsider their path to reducing reliance on Russian oil and gas...they are going to have to be pragmatic about it."

"There will undoubtedly be short‑term disruption, but the long‑term outlook for clean energy looks more positive."

The views contained herein are those of the authors as of March 2022 and are subject to change without notice; these views may differ from those of other T. Rowe Price associates.

Past performance is not a reliable indicator of future performance. All investments are subject to market risk, including the possible loss of principal. International investments can be riskier than U.S. investments due to the adverse effects of currency exchange rates, differences in market structure and liquidity, as well as specific country, regional, and economic developments. These risks are generally greater for investments in emerging markets. There is no assurance that any environmental or social objective will be achieved. Commodities are generally subject to high volatility in prices. All charts and tables are shown for illustrative purposes only.

Subscribe to get email updates including article recommendations relating to this topic.