Review the performance of global stock and bond markets over the past week, along with relevant insights from T. Rowe Price economists and investment professionals.

Stocks rallied after data showed signs that inflation, while still elevated on an annualized basis, had started to slow, supporting the view that the rise in consumer prices may have peaked. Federal Reserve officials reiterated that the central bank still had work to do in taming inflation, but the market still appeared to lower its expectations for a 75-basis-point (0.75 of a percentage point) rate hike in September. The large-cap S&P 500 Index advanced but did not gain as much ground as the S&P MidCap 400 Index and the small-cap Russell 2000 Index. All the sectors in the S&P 500 advanced, led by energy stocks. Consumer staples lagged.

T. Rowe Price traders observed an increase in steepening bets among investors following lower-than-projected inflation data on Wednesday, aiding a pullback in front-end rates and a modest rise in longer-term yields. (Bond prices and yields move in opposite directions.) The narrative that inflation may have peaked appeared to fuel a risk-on rally in investment-grade corporate bonds. Here, credit spreads tightened, and higher-beta sectors outperformed. T. Rowe Price traders reported that the high yield market advanced. The asset class has recently seen its most significant two weeks of inflows since June 2020, according to our traders.

All eyes were on the July inflation print, given its possible implications for monetary policy, the economy, and markets. Headline consumer price inflation came in flat month over month, down from the 1.3% sequential uptick recorded in June and below the consensus estimate. On an annualized basis, headline inflation was 8.5%. Food prices increased 1.1% sequentially, an acceleration of 0.1 percentage point. However, energy prices dropped 4.6% sequentially, while gasoline prices declined 7.7%. Core inflation, which excludes volatile food and energy costs, was also below estimates and unchanged from the prior month. Meanwhile, the year-over-year increase in the producer price index fell 50 basis points sequentially to 9.8% in July, registering the first pullback in the headline number since April 2020.

Comments from Fed officials reiterated that the central bank would continue to seek to tame inflation by raising interest rates. For example, Mary Daly, president of the Federal Reserve Bank of San Francisco, told Bloomberg Television that the latest inflation data, while an improvement, are still high and should not be construed as “victory.” Daly again called for a 50-basis-point rate increase in September but indicated that incoming data should guide the Fed’s decision-making. Meanwhile, at an event hosted by Drake University, in Iowa, Chicago Fed President Charles Evans remarked that the central bank may need to raise rates to as high as 4% by the end of 2023.

This chart is for illustrative purposes only and does not represent the performance of any specific security. Past performance cannot guarantee future results.
Source of data: Reuters, obtained through Yahoo! Finance and Bloomberg. Closing data as of 4 p.m. ET. The Dow Jones Industrial Average, the Standard & Poor’s 500 Stock Index of blue chip stocks, the Standard & Poor’s MidCap 400 Index, and the Russell 2000 Index are unmanaged indexes representing various segments of the U.S. equity markets by market capitalization. The Nasdaq Composite is an unmanaged index representing the companies traded on the Nasdaq stock exchange and the National Market System. Frank Russell Company (Russell) is the source and owner of the Russell index data contained or reflected in these materials and all trademarks and copyrights related thereto. Russell® is a registered trademark of Russell. Russell is not responsible for the formatting or configuration of these materials or for any inaccuracy in T. Rowe Price's presentation thereof.

Subscribe to get email updates including article recommendations relating to global equities.

The UK economy contracted less than forecast in June, when public holidays for Queen Elizabeth II’s platinum jubilee celebrations weighed on output. Gross domestic product (GDP) shrank 0.6% compared with the previous month; the consensus forecast had called for a 1.3% contraction. In the second quarter, UK GDP fell 0.1% sequentially. The Bank of England (BoE) expects a recession to begin at the end of the year.

Bank of England Deputy Governor Dave Ramsden said in an interview with Reuters that interest rates will probably have to rise again to contain spreading inflation. "For me personally, I do think it's more likely than not that we will have to raise [the] Bank Rate further. But I haven't reached a firm decision on that," he said. "I'm going to look at the indicators, look at the evidence as we approach each upcoming meeting." He also said that the bank would sell its stock of UK government bonds even if a slowdown forces it to cut rates. Meanwhile, Chief Economist Huw Pill said at an online event that Britain will only feel the full impact of higher interest rates in late 2023 and that there is unlikely to be any return of quantitative easing for at least a few years.

Industrial production in the euro area rose for a third consecutive month in June. Output increased by a much stronger-than-expected 0.7% sequentially, thanks to a large uptick in capital goods, mainly in smaller countries.

Japan’s stock markets rose over the week, with the Nikkei 225 Index and the broader TOPIX Index both gaining around 1.3%. Investors’ risk appetite was supported by weaker-than-anticipated U.S. inflation data, which, to a degree, dampened expectations that the U.S. Federal Reserve would continue raising interest rates aggressively. The reshuffling of Japan’s Cabinet signaled policy continuity, also boosting sentiment. Against this backdrop, the yield on the 10-year Japanese government bond rose to 0.19%, from 0.16% at the end of the previous week, while the yen advanced against the U.S. dollar to around JPY 133.4, from JPY 135.0 the prior week.

Prime Minister Fumio Kishida reshuffled his Cabinet following the Liberal Democratic Party’s (LDP’s) convincing win with its coalition partner Komeito in the parliamentary upper house election on July 10. He signaled policy continuity by retaining top figures in key posts, including Finance Minister Shunichi Suzuki, Chief Cabinet Secretary Hirokazu Matsuno, and Foreign Minister Yoshimasa Hayashi. Some of the top economy-related posts were given to LDP lawmakers who had close ties to former Prime Minister Shinzo Abe, who was assassinated on July 8 while campaigning for the election, suggesting that the basic tenets of his signature economic policy, “Abenomics”—built on the three pillars of monetary easing, fiscal stimulus, and structural reforms—are likely to be retained.

Inflation is a top priority for the Cabinet, and Kishida said that the government will take new measures to cushion the impact of rising energy and food prices. He emphasized that fiscal spending would be used without hesitation to respond to inflation and rising coronavirus infections.

With electricity supply forecast to tighten, Yasutoshi Nishimura, who was appointed Minister of Economy, Trade, and Industry in the Cabinet reshuffle, said that the government will explore all necessary options, including nuclear power after safety was assured, to secure stable energy supplies. Prime Minister Kishida has called for the restarting of as many as nine nuclear reactors. Most of Japan’s nuclear power plants have remained offline after the 2011 Fukushima nuclear disaster. Securing stable energy supplies at reasonable prices is a prerequisite for shifting Japan’s economy into green transformation, or GX, a key tenet of the government’s “New Capitalism” agenda, which includes a commitment to achieve carbon neutrality by 2050.

China’s stock markets ended the week on a mixed note as a flare-up in coronavirus cases offset news of a record trade surplus last month and a central bank report signaling support for growth. The broad, capitalization-weighted Shanghai Composite Index added 1.5% and the blue chip CSI 300 Index, which tracks the largest listed companies in Shanghai and Shenzhen, inched up 0.8%, Reuters reported.

The spike in coronavirus infections coupled with a continued housing market slowdown are considered among the largest risks to China’s economy in the near term. Coronavirus cases in China climbed to a three-month high, roughly half of them recorded in the southern coastal island of Hainan, which was widely locked down last week.

In its latest quarterly report, the People’s Bank of China (PBOC) said that it would closely monitor domestic and external inflation changes while balancing economic growth and price stability.

China reported a record trade surplus of USD 101.26 billion in July, surpassing the USD 90 billion consensus forecast. Exports rose a stronger-than-expected 18% from a year ago, while imports grew a less-than-forecast 2.3%. The consumer price index rose 2.7% in July from a year earlier, while the producer price index gained 4.2%. Both inflation readings came in below economists’ expectations. However, consumer inflation quickened in July from June, which T. Rowe Price analysts attributed to higher food prices. In contrast, the producer price index in July declined from June’s reading due to lower commodity prices.

The 10-year Chinese government bond yield dipped to 2.755% from last week’s 2.7652%, according to Dow Jones, as interbank money rates hovered at two-year lows and remained below policy rates.

Hungary, which shares a very small portion of its northeastern border with Ukraine and is heavily dependent on Russian energy exports, continues to struggle with elevated inflation. The government recently reported that headline inflation in July was measured at 13.7% year over year, which was higher than expected and an acceleration from June’s 11.7% reading.

T. Rowe Price credit analyst Ivan Morozov notes that there has been an additional pickup in core inflation momentum, which is adding upward pressure on the broader measure of headline inflation. He would not be surprised to see another jump in inflation in August, when prices will begin reflecting the effects of electricity and gas tariff liberalization. Morozov is encouraged that the government’s budget data are showing a surplus for July and that the government intends to keep the budget close to balanced for the remainder of the year.

On Sunday, Gustavo Petro was sworn into office as the country's first leftist president. In his inaugural speech, he focused on themes such as social equality, inclusion, and the environment. He highlighted several parts of the economy and society in which he intends to pursue reforms, including taxes, pensions, labor, and education. He also said he would comply with and enforce the constitution.

The new Petro administration wasted no time in unveiling its tax reform proposal. According to T. Rowe Price emerging markets sovereign analyst Aaron Gifford, the proposal aims to raise 1.7% of gross domestic product (GDP) in 2023 and 1.4% over the medium term through a higher tax burden on higher-net-worth individuals, a reduction of corporate exemptions, and new taxes on hydrocarbons and mining exports above certain commodity price thresholds. While the proposal, if implemented, would increase government revenues, Gifford notes that this is much less than the 4.0% of GDP target that Petro had cited previously.

Subscribe to get email updates including article recommendations relating to global equities. 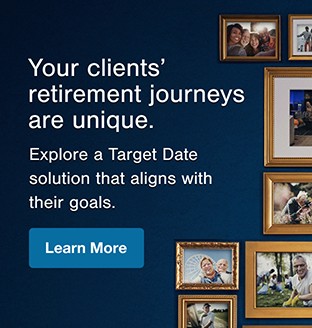