T. Rowe Price today released its first-ever survey about the gig economy, “2018 Financial Attitudes & Behaviors Toward the Gig Economy,” which found that 78 percent of gig workers consider themselves more involved in their personal finances as a result of participating in the gig economy. Thirty-nine percent of gig workers report checking their accounts more regularly, 32 percent are more on top of their bills, and 23 percent are more “hands on” with their individual investment accounts, since joining the gig economy. Gig economy employment is defined as independent full- or part-time work, including temporary, freelance, and contract employment, or business ownership. 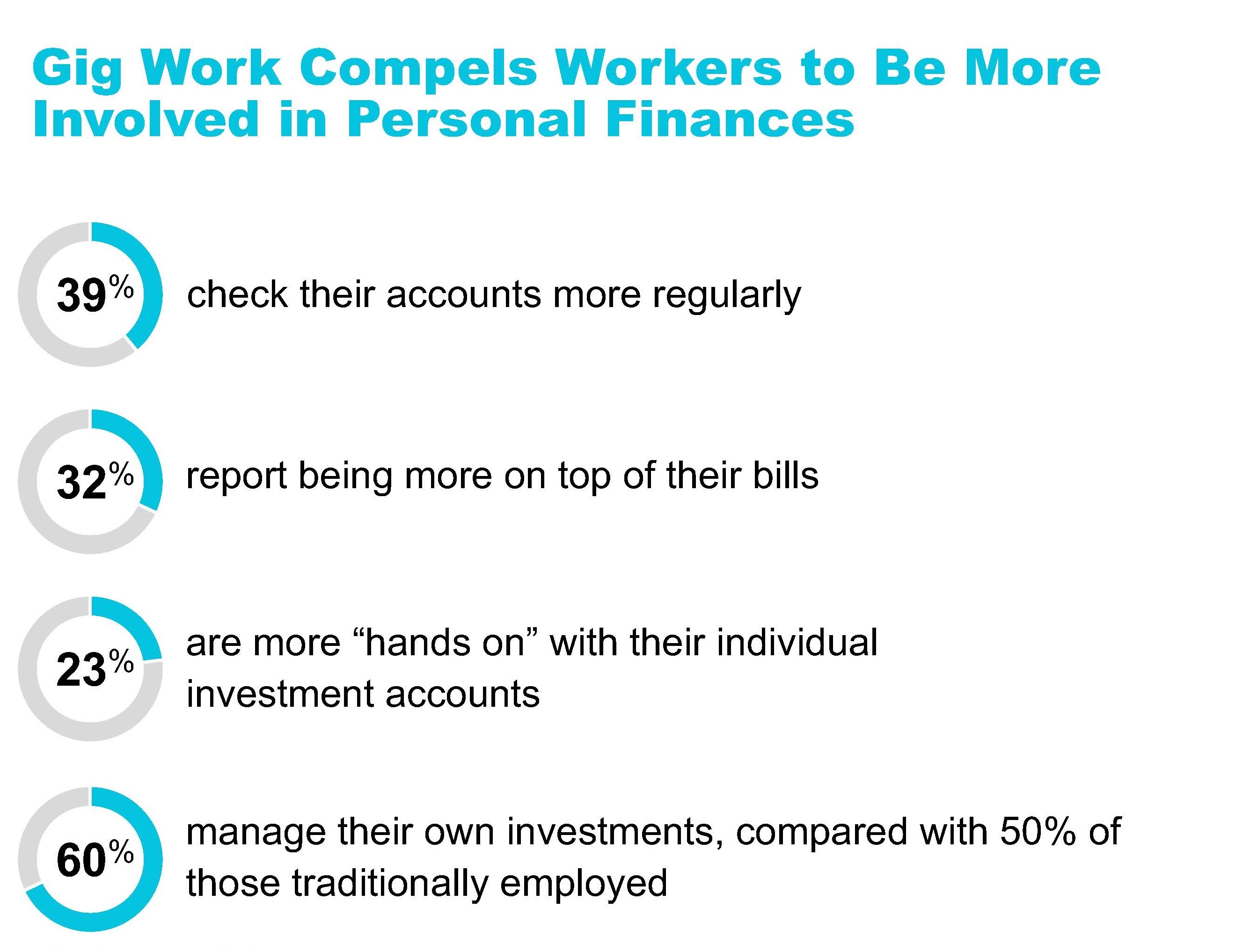 Additionally, gig workers are more likely to be proactive with their finances than traditional workers, T. Rowe Price’s survey found. Among respondents with investable assets outside of an employer-sponsored retirement plan, 60 percent of workers in the gig economy report managing their own investments compared to 50 percent of those traditionally employed. The survey examined both traditional and gig workers’ financial behaviors and attitudes toward the growing gig economy trend. Twenty-five percent of survey respondents participated in the gig economy either full- or part-time at the time of the survey, with 68 percent participating as a choice and not out of necessity.

Additional findings of the survey include:

“Individuals participating in the gig economy are generally perceived as less financially stable, but it’s really encouraging to see that they are building similar levels of income as traditional workers,” said Stuart Ritter, senior financial planner at T. Rowe Price. “This may suggest that gig work offers an opportunity for workers to reach their financial goals. We were also surprised to see that workers participating in the gig economy span all generations, despite the perception that gig work is exclusively a trend among younger individuals. The gig economy seems to fulfill differing financial needs based on life stage, with younger workers using the income to cover daily costs and older participants applying the income toward their approaching retirement.”

T. Rowe Price conducted the online national survey of 800 adults age 18 and older from Feb. 6-11, 2018. For results based on the total sample of national adults, the margin of sampling error is +/- 3.5 percentage points at the 95 percent confidence level.