Divergent policy, relative to other major markets, has broad implications.

Japan’s economic recovery since the coronavirus pandemic has been slower than other major markets; however, more positively, inflation has also been more subdued. This has allowed the Bank of Japan (BOJ) to maintain an ultra‑easy policy stance—amid a wave of global monetary tightening—in an effort to stimulate growth. The sustainability of Japan’s accommodative policy stance remains a key focus, but several factors suggest an encouraging near‑term outlook for the country. That said, while a weak currency is likely to help Japan’s large export sector in the near term, a slowing global economy could ultimately weigh on demand.

The two stories currently dominating headlines in Japan are the BOJ’s staunch monetary policy stance and the weakness of the Japanese currency, with the yen currently trading around 30‑year lows versus the U.S. dollar. With both expected to be major influences on the near‑term outlook in Japan, it is worth considering each in turn:

Annual consumer price index inflation in Japan printed at 3.0% in September 2022, above the Bank of Japan’s target 2.0% level but significantly below the elevated levels recorded in the U.S. and Europe. The modest level of inflation, compared with the sharp increases seen in other major economies, has enabled the BOJ to keep interest rates at ultralow levels, in stark contrast to the aggressive rate hikes implemented in the U.S. and Europe.

Closer inspection of Japanese inflation data highlights that it is predominantly being driven by food and energy prices, making up 4.6% and 16.9% of overall price increases, respectively. However, these tend to be more volatile inflation influences and can roll over quite quickly. As such, a clearer picture of Japanese inflation should emerge with the arrival of more durable annual wage inflation data. This will begin to come through in April 2023, after the end of the Japanese fiscal year. This is when Japanese companies typically begin wage negotiations with employees and union groups. Our view is that we could see upward pressure on Japanese wages and that this key data point could ultimately prompt the BOJ to pivot away from its easy monetary policy stance from around late in the first quarter of 2023.

The other major story in Japan, and globally, during 2022 has been the precipitous decline in the currency. The BOJ’s steadfast commitment to maintaining interest rates at near zero while other major central banks hike interest rates has created a widening differential between Japanese yields and the yields of developed market peers. This has seen the yen weaken to its lowest level in more than 30 years, relative to the strong U.S. dollar. Indeed, even significant government intervention measures in recent months, aimed at shoring up Japan’s currency, have yet to bring about a sustainable improvement.

Looking ahead, however, we can take some potential encouragement from history as the last time the yen was at such weak levels, back in 1998, the currency rallied sharply, gaining 22% against the U.S. dollar in less than three months, with roughly a third of the rally occurring over just two days (October 6–7).

Suffice it to say that, should the BOJ turn more hawkish and begin to pivot away from its current easy policy stance—which we believe might happen around the end of the first quarter in 2023—then we could realistically see the currency also rally sharply in a short space of time, especially if the U.S. Federal Reserve were to soften its aggressive policy stance. While a weak yen has been very supportive for Japan’s competitiveness and a boon for its many exporters, a stronger currency would be far more supportive, in relative strategy performance terms, of the kind of quality, domestically oriented, businesses that we tend to favor.

Many Factors Point to an Encouraging Market Outlook

A Robust and Improving Corporate Sector: The focus on the coronavirus pandemic, divergent policy, and the precipitous fall in the yen have overshadowed a sustained and very encouraging improvement in corporate governance in Japan. This has been a long and successful story in Japan and one that we believe is still not fully appreciated by foreign investors.

Despite the current uncertainty in the global economy, Japan’s corporates continue to buy back stock and return capital to shareholders at record levels. This is a very encouraging indication of the health of Japan’s corporate sector and the ongoing improvement in corporate governance at the company level in Japan. We believe the relentless pressure by management teams to be more shareholder focused creates considerable opportunity for long‑term investors (Figure 1).

Changing Capital Allocation Could Be a Powerful Driver of Stock Prices

As of August 31, 2022 (most recent data available).
Data are for common stock of all listed Japanese companies each fiscal year. Fiscal year commences April 1 and ends March 31 the following year.
Source: Nomura, based on Japanese company disclosures.

Meanwhile, Japan’s recent earnings season was strong and encouraging. The weak yen, which has fallen to 30‑year lows versus the U.S. dollar, has provided a particularly strong tailwind for Japan’s exporters, which represent a significant weight in the TOPIX.

Cheap Market Valuation: The Japan equity market is currently trading on 12.3x forward price/earnings (P/E) (as of October 31, 2022) versus a long‑term average of 14.0x forward P/E (Figure 2). Certainly, this below‑average market valuation is pricing in the impact of a global economic slowdown. However, we believe that if the world’s central banks can orchestrate a “soft landing” for the global economy, then the Japan market, perhaps more than any other major market peer, has the potential to rerate significantly higher from current undervalued levels. Japan’s reopening of the domestic economy, and gradual reopening of its borders, will also be supportive for earnings of more domestically focused businesses, in our view.

As of October 31, 2022.
For the period December 31, 1993, to December 31, 2021. Full‑year 2022 data are estimated. There is no guarantee that any forecasts made will come to pass. Latest data available are used.
Source: Financial data and analytics provider FactSet Global. Copyright FactSet. All Rights Reserved.
Returns price divided by earnings per share (EPS). Uses fiscal year EPS. Historical EPS data are lagged by 45 days to reflect the amount of information available on the historical date. Source for TOPIX Index is Tokyo Stock Exchange.

Political Stability: Japan is arguably among the most politically stable countries in the world. In July 2022, Prime Minister Fumio Kishida, and the Liberal Democratic Party (LDP) won the Upper House election to consolidate their power after winning the Lower House election in October 2021. The LDP now has overwhelming support to push through much of their reform agenda and other policy proposals without concern for more than three years until the next election. This should allow them to push through economically pragmatic, but politically contentious, policies such as lifting COVID restrictions and opening Japanese borders and reembracing nuclear power.

Reducing Energy Dependency: As a net energy importer, Japan is negatively impacted by surging energy prices. As such, the government has made reducing Japan’s energy dependency a primary policy objective. Significantly, in August 2022, the Kishida government announced plans to order the development and construction of “next generation” nuclear power plants. This marks a significant shift after the Fukushima disaster in 2011 but is central to both reducing Japan’s longer‑term energy dependency and meeting Japan’s net zero carbon emissions target by 2050. In the meantime, the government also plans to restart up to 17 nuclear power plants beginning in the summer of 2023.

In the near term, the low relative level of inflation in Japan should continue to support economic growth by providing a buffer against the policy tightening impacts that other developed markets will experience.

In the near term, the low relative level of inflation in Japan should continue to support economic growth by providing a buffer against the policy tightening impacts that other developed markets will experience. Along with the BOJ’s ultra‑easy policy, company valuations are cheap, and Japan’s borders and economy are fully open again post‑pandemic, with a lot of pent‑up demand to work through. Accordingly, we believe that the outlook for Japan in 2023, while still finely balanced, appears broadly encouraging the further we progress through the coming year.

A Closer Look at Quantitative Tightening Implications
Next Article 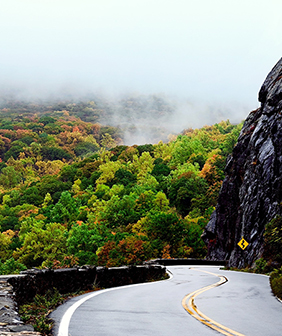 Stay informed about economic developments and our perspective on market conditions.

Access insights from our investment team as they go beyond the numbers to uncover new opportunities around the globe.