Getting on track and staying there

T. Rowe Price research has found that more than 40% of the U.S. private sector workforce does not have access to a retirement savings plan at work.

Lack of access to a retirement plan is particularly acute for racial and ethnic minorities. Our research found that, overall, only 40.5% of Black workers and 31.9% of Hispanic workers in the private sector participated in a retirement plan, compared with 57.7% of their white peers.1 However, that participation gap narrowed significantly when we accounted for reduced access to a retirement plan among non‑white workers. Participation is higher among underrepresented communities when they are given the opportunity to participate in a workplace retirement savings plan. It is commonly agreed that the access gap needs to be closed. However, how to do so involves robust political discourse and differing legislative proposals.

Among employers that do offer retirement savings plans, the focus has pivoted from simply providing access to helping employees take full advantage of the benefits offered to them by encouraging increased participation and saving. But there are additional barriers to achieving better financial outcomes.

Among employers that do offer retirement savings plans, the focus has pivoted from simply providing access to helping employees take full advantage of the benefits offered....

The coronavirus pandemic has exposed basic underlying economic frailty among many workers. Participant interest in usage of coronavirus‑related distributions during the peak of the pandemic suggested that, for many workers, retirement savings were likely the greatest or perhaps the only source of liquid savings available for them to tap when facing pandemic‑related economic hardships.

Premature use of retirement savings was not the only effect of the pandemic. The rush to return to economic normalcy inspired many workers to seek new employment opportunities. However, this might have unintended consequences for their retirement savings. While auto enrollment and auto escalation (a plan feature that automatically increases an employee’s contribution) have benefited many employees by increasing their savings over time, our recordkeeping data show that newly enrolled employees, on average, saved less than longer‑tenured employees. This disparity highlights a potential unintended consequence of job changes and the need to better understand the effects of plan defaults.

These are the realities that policymakers, employers, and other retirement stakeholders such as recordkeepers, financial professionals, and plan consultants now face.

Retirement savings gaps among different races, ethnicities, and genders are well‑understood inequalities that need to be addressed. However, a pivotal nuance is often overlooked: When people start to save for retirement can make a big difference in whether they get on track toward achieving their retirement objectives.

A late start in saving can have major consequences (Figure 1). Successful retirement outcomes usually depend on starting early, saving at a high enough rate, or increasing that rate over time and saving persistently. Someone facing a savings shortfall at retirement can’t go back and give themselves more time: Once lost, the opportunity to start saving early can never be regained.

In addition to lack of access to a plan or a failure to begin saving early, competing financial priorities also can play a major role in under‑saving. Under‑savers often have needs that are more immediately pressing than saving for retirement, which may be decades away. Priorities such as day‑to‑day living expenses, establishing an emergency savings fund, or servicing debt often take precedence. This is particularly true in underrepresented communities. For example, our research suggests that Black and Hispanic participants are likely to hold more debt than their white counterparts. Among Black participants, 41% held student loans, more than twice the rate for white participants. Black and Hispanic participants were also more likely to cite credit card debt and medical debt as barriers to saving.

Financial priorities often change with age, too, our research found. Not surprisingly, people in the 50 to 64 age group cited saving for retirement as a major financial goal more often than younger workers did. In middle age, retirement grows nearer, yet many savers feel competing financial demands most intensely during those same years—from servicing a mortgage to paying for a child’s college education to helping support elderly parents.

Who Can Help and How

Plan sponsors and those who help them, such as recordkeepers, financial professionals, and plan consultants, have a variety of means at their disposal to help close racial, ethnic, and gender savings gaps among participants. Not only can employers address this challenge, for many it is emerging as a key business objective.

Increasingly, we see companies viewing their retirement plans as critical components in their human capital management strategies, including benefits; total rewards; talent management; and diversity, equity, and inclusion (DEI). Further, we see at least three areas where employers potentially can benefit by helping their employees get and stay on track with their retirement savings.

In all of this, one should not lose sight of the impact that plan design can have on both participation and savings behavior. Among our recordkeeping clients, the average participation rate is 85% for plans that offer automatic enrollment but only 39% for those that do not.2

…one should not lose sight of the impact that plan design can have on both participation and savings behavior.

Among our recordkeeping clients, 6% of salary was the most commonly used default contribution rate in 401(k) plans (Figure 2).3 In our view, plan designs that combine a 6%‑of‑salary default deferral with an automatic escalation feature that increases the deferral annually by one percentage point to at least 10% (and, ideally, to 15%) could do a lot to help people who otherwise would not invest for retirement get and stay on track.

6% of Salary Is Now the Most Common Default Contribution Rate

As of December 2021.
Source: T. Rowe Price Retirement Plan Services, Reference Point 2022.
*Columns may not total 100% due to rounding.

Employers are not the only ones who can help address under‑saving. U.S. lawmakers can, too. As of the date of this report, Congress is considering several retirement‑related legislative proposals. These include:

See pages 17-18 of the full 2023 U.S. Retirement Market Outlook for T. Rowe Price research sources.
The information provided is for general and educational purposes only and is not intended to provide legal, tax, or investment advice. 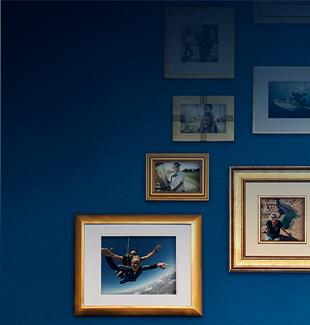