The U.S. and European Union (EU) announced a four‑month suspension of all tariffs related to the long‑running dispute about unfair government support for leading aerospace companies Airbus and Boeing, signaling President Joe Biden’s desire to realign trade relations. This pause came on the heels of a similar agreement between the U.S. and the UK.

The timing of this early breakthrough may improve prospects of the Biden administration reaching a longer‑term agreement with the EU to resolve key trade challenges—such as taxation of mega‑cap U.S. internet companies’ international revenues and the steel and aluminum tariffs imposed by former President Donald Trump’s administration.

Nevertheless, the process of fully restoring diplomatic and trade relationships with traditional U.S. allies likely will extend far beyond a single presidential term.

The tariff détente, which covers trade flows of roughly USD 12 billion, signals that both the U.S. and the EU are negotiating toward a resolution regarding the Airbus‑Boeing dispute over allegedly unfair government subsidies received by both companies. In addition to tariff relief for impacted industries, an agreement would provide aerospace companies with clarity regarding the appropriate funding mechanisms for aircraft development—a growing concern given China’s rapidly developing domestic capabilities in this area.

As 2021 progresses, the U.S. and Europe will be presented with further opportunities to address critical trade impasses....

As 2021 progresses, the U.S. and Europe will be presented with further opportunities to address critical trade impasses, including a cross‑border digital tax advanced by the Organization for Economic Cooperation and Development (OECD) and reforms to World Trade Organization rules on industrial subsidies. Our base case calls for the OECD solution to involve a 2% to 3% levy on digital revenue in the jurisdiction in which it is generated. For mega‑cap U.S. tech companies, the regulation should prove manageable, with the increased costs likely passed through to local advertisers and merchants.

The Trump administration’s blanket tariffs on U.S. steel and aluminum imports are likely to be reduced significantly or eliminated for traditional allies such as the EU, Japan, and South Korea in the second half of 2021.

Although the odds favor the U.S. and Europe resolving these trade issues by year‑end, much work remains to be done. Investors should be aware of the potential downside risks for mega‑cap U.S. internet companies, which could face a patchwork of cross‑border digital taxes if the OECD effort fails. Manufacturing industries would also suffer if tariffs remain in place or increase because of a trade conflict.

Still Tough on China, but Possibility of Limited Tariff Relief

We would expect America’s hawkish approach to China to continue. The Biden administration is more likely to seek European support to exert pressure on China to curtail anticompetitive behaviors and intellectual property issues, with an eye toward fortifying U.S. capabilities in various industries.

We would expect America’s hawkish approach to China to continue.

Although we would not expect the Biden administration to concede bargaining leverage associated with the wide‑ranging duties on Chinese products, the Office of the U.S. Trade Representative could resume negotiations with Beijing in the second half of the year, creating the potential for some tariff relief. Any tariff eliminations would likely focus on consumer products, especially those subject to the lower 7.5% levy. However, if tensions flare over China’s actions in Taiwan or its treatment of the Uyghur population in Xinjiang, the likelihood of any tariff removals could diminish.

Investors should continue to monitor the evolution of the Biden administration’s approach to trade policy, which could have important implications for industrial companies, food and spirits industries, and the information technology sector.

What Georgia Senate Results Could Mean for... 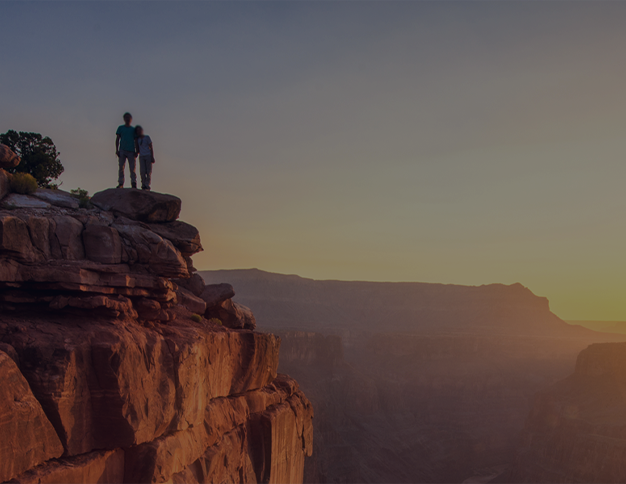