A wave of innovation underlies the success of mRNA vaccines

While the world has yet to fully emerge from the coronavirus pandemic, the remarkable success of the vaccine program it initiated has already marked a milestone in the history of medical science and the health care industry. At T. Rowe Price, we see the rapid development of vaccines—particularly those using novel messenger ribonucleic acid (mRNA) technology—as only one part of a larger step change in the pace of medical discovery. In our view, the wave of innovation we expect over the coming decade offers a range of opportunity for patient and selective investors.

Central to our investment thesis and strategy is that doctors and patients are just beginning to reap the benefits of years of significant investment and medical discovery. The pace at which scientists are advancing our understanding of the underlying causes of disease is accelerating largely because of advances in genomics, or the study of an individual’s genes and how they interact with their environment. The Human Genome Project, an international research effort, released its initial “working draft” of the entire DNA sequence of the human genome in June 2000. It has been only over the past decade or so, however, that genomic-based insights have found practical applications in treating diseases, and only recently have genetic-based tests and drugs begun receiving regulatory and reimbursement approval.

The Many Advances Behind mRNA Vaccines

The development of highly effective mRNA vaccines for COVID-19 would have been impossible without the knowledge of the DNA structure of both humans and the invading pathogen. Equally as important was our increasing understanding of how proteins are expressed in healthy and diseased states. Using technology from leading gene-sequencing firm Illumina, researchers in China published the full genome of the novel SARS-CoV-2 virus within weeks of the first cases. Within a matter of days, researchers at Moderna and BioNTech, in partnership with Pfizer, were then able to plug the genetic code into their software and come up with possible vaccine candidates that targeted the distinctive spike protein on the virus. The result was the fastest development of a new vaccine in history—the second-fastest, for mumps, required four years.

Moderna, Pfizer, and BioNTech appear to be in only the early stages of optimizing their mRNA development platforms, and we are closely monitoring their progress as well as that of other companies. Moderna, for example, is in Phase 3 trials with a flu vaccine, with two more in Phase 1. While the World Health Organization has traditionally recommended flu strains seven months in advance of flu season, an mRNA flu vaccine might be developed in as little three months—a big advantage, given that the flu virus tends to mutate quickly. Moderna and other companies are also working on mRNA vaccines for two other common viruses: cytomegalovirus (CMV), which can cause hearing loss and other long-term problems in babies, and respiratory syncytial virus (RSV), which can be dangerous for both the very young and elderly. More recently, Moderna announced that it is beginning small human trials of an mRNA vaccine for HIV, which has evaded a successful vaccine for four decades. For its part, BioNTech is working on an mRNA vaccine for malaria, which still kills around 400,000 people annually.

Newfound insights and technologies hold out the promise to provide weapons against more than just viruses. Thanks to a greater understanding of how cancers and other diseases progress within the body, researchers at a range of biotechnology firms are developing new techniques, or modalities, for fighting back. Some firms are making encouraging advances in cell therapy, the engineering of immune cells to kill cancer. Others are focusing on gene editing, altering DNA within a cell by means of a specially designed virus—a process that earned two of its pioneers the Nobel Prize in Chemistry just last year. Gene editing holds out the tantalizing prospect of curing inherited diseases, and the U.S. Food and Drug Administration recently approved its use in clinical trials to treat sickle cell disease. 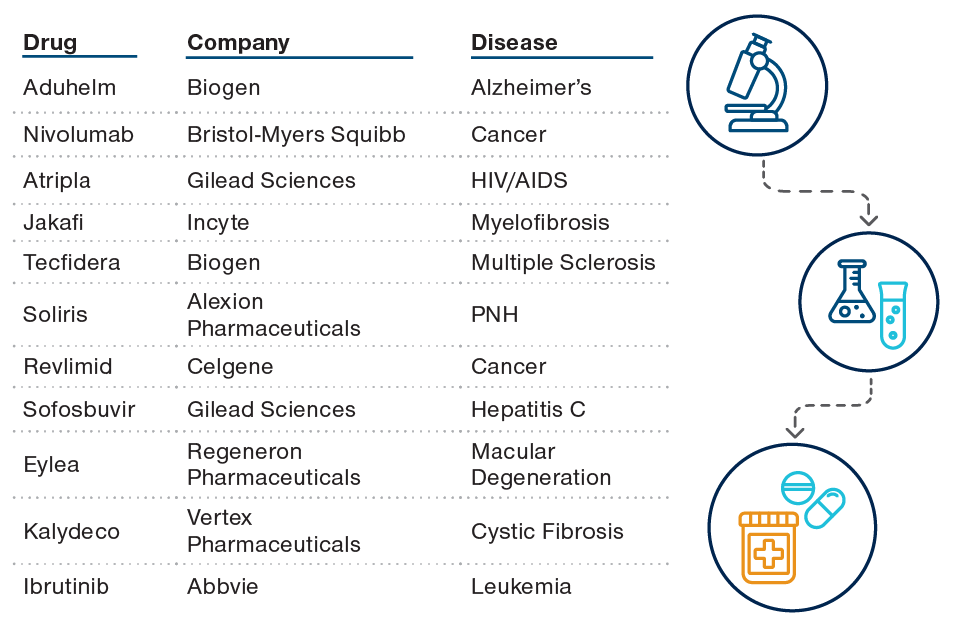 Targeted protein degradation is another exciting frontier. Deciphering the human genome has allowed greater understanding of the somewhat analogous human proteome, the collection of proteins expressed by our cells. Because tens of thousands of these proteins control sickness and health, researchers have long sought ways to eliminate harmful ones. While conventional drugs, RNA silencing, and gene editing can target some of these bad actors, researchers have recently found ways to enlist a cell’s proteasome—often referred to as its “dustbin” or “trash compactor”—to do it more efficiently. Similar to how vaccines leverage the body’s own immune system, drugs fostering protein degradation serve as a catalyst to set off a protective response. Numerous biotech firms focused on the technology have emerged in recent years, and large pharmaceutical companies have begun developing their own capabilities and exploring partnerships. Pfizer, for example, has teamed up with biotech firm Arvinas to commercialize the latter’s protein degradation therapy for breast cancer.

As with the interactions of genes, how the tens of thousands of proteins function within the human body is highly complex. Researchers are now able to leverage advances in artificial intelligence (AI) to gain a better understanding. In July 2021, AI pioneer lab DeepMind, a subsidiary of Alphabet, released the predictive shapes of 350,000 proteins, including all of those in the human proteome. Understanding the shape of proteins and how they fold should help researchers develop molecules that will bind to them, hopefully leading to new treatments.

Liquid biopsies are another new area that we’re following closely. Many tumors leave behind traces in a patient’s blood—so-called circulating tumor DNA (ctDNA). A new crop of companies is developing so-called liquid biopsy tests to screen for different types of ctDNA. Guardant Health, for example, has developed a test screening for mutations in up to 70 different genes tied to different types of cancers. Early data suggest that liquid biopsies can be just as effective at identifying cancers as conventional surgical or needle biopsies, which can be painful and result in complications. Even more important, liquid biopsies may allow for earlier detection and treatment of cancers, which could save millions of lives annually.

To be sure, not all innovation is centered on biotechnology firms and at the cellular level. Indeed, the success of mRNA COVID-19 vaccines rested heavily on advances made by life sciences tools companies. To get mRNA into cells, for example, drugmakers have relied on innovations in manufacturing liposomes, essentially microscopic fat bubbles that surround and protect the fragile mRNA. The production process of the new vaccines was fast-tracked through the use of single-use bioprocessing bags rather than giant, stainless steel bioreactor tanks. The newly developed bags are each capable of producing several hundred thousand doses, and they allowed the production of mRNA at commercial scale within a matter of months rather than the two or three years traditionally needed to get a production facility up and running.

Innovations elsewhere in the health care sector may also promise to make us healthier while offering potential opportunities to investors. The digitization of health care is one area of focus for us. Platforms are emerging to aggregate patient data, allowing for more robust data collection and analysis, which should lead to improvements in personalized care plans and therapies. Wearables and other devices can also send patient information through the internet, sending a red flag to clinicians when chronic conditions deteriorate. For example, Web-connected continuous positive airway pressure (CPAP) machines can provide physicians and insurers with a nightly record of a user’s success in controlling sleep apnea.

This wave of innovation in health sciences, especially biopharma, has led to a proliferation of small companies leveraging emerging technologies and therapeutic methods, with a growing number entering the public market at earlier stages in their development.

Over the past several years, we have seen an explosion in new company formation within the biotech space, going from roughly 200 publicly listed biotech companies to more than 700. Ready access to capital is critical to driving innovation, but the ever‑expanding universe of public companies and accelerating disruption create challenges for investors.

We believe that identifying the winners in this crowded field—and elsewhere in the health care sector—requires an active approach and careful fundamental research. We are confident that our deep investment team, which includes experienced analysts with diverse medical and scientific backgrounds, coupled with our prudent investment approach, should give us an edge in identifying the names whose technologies, large addressable markets, and management teams give them a chance of growing to become much bigger companies.

Medical products and devices companies appear well positioned to benefit from stronger demand, as volumes normalize for general diagnostic procedures and surgeries—many of which had been deferred since the onset of the coronavirus pandemic. While the pace of recovery in these areas will vary by procedure type and level of urgency, we anticipate that most of the deferred procedures will be rescheduled and procedure volumes will continue to accelerate over the next couple of years.

The Storm in Financial Markets Is Not Over Yet
Next Article

Ziad Bakri is a portfolio manager in the U.S. Equity Division of T. Rowe Price.

See all article(s) by Ziad Bakri... 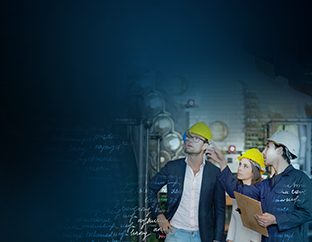 Your Partner for Insights