While recent reports showed better-than-expected second-quarter economic growth in the region, Europe faces a growing list of headwinds. At its most recent meeting this month, the ECB delivered a larger-than-expected half-point rate increase, its first in more than a decade, to fight inflation at its highest level in decades. Despite concerns over slowing growth, risk of Russia cutting off gas supplies to the region and rising political instability, ECB President Christine Lagarde signaled that more rate hikes will be needed to rein in inflation. At the same time, the ECB introduced a new plan, the Transmission Protection Instrument, which would provide flexibility to buy the government debt of troubled member nations to stave off a potential borrowing crisis. The new tool may come in handy soon, as political uncertainty following the resignation of Prime Minister Mario Draghi sent Italian bond spreads higher. With autumn around the corner and bringing colder weather amid energy shortages threatening even higher inflation and uncertainty around Italian elections in September, Lagarde may find herself reinventing ‘whatever it takes’ to save the region this time around.

There seems to be little that can break the US dollar’s climb; it reached its highest level since the early 2000s and continues to cause broad-based pain from EM-facing dollar-denominated debt obligations to US companies reporting weaker exports and lower revenues due to the dollar’s unrelenting rise. Among the forces behind the US dollar’s runup have been the relative strength of the US economy compared with other regions, the Fed’s aggressive rate tightening relative to other major central banks and elevated geopolitical challenges increasing the bid for the relative safety of the US dollar. The ‘dollar smile’ theory holds that the currency does well at each end of the global growth continuum, benefitting when relative US growth and rates are higher as well as from being a ‘safe haven’ when global growth is declining—both of which are happening today. At this point, it appears the only thing that could slow the dollar is a pivot by the Fed, which would likely only come amid signs of much weaker growth in the US or stronger evidence of receding inflation, so for now it looks like the dollar will keep on smiling. 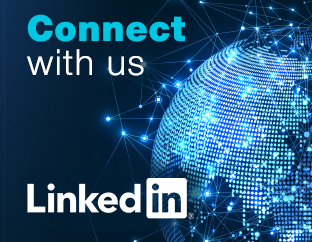