The economist Paul Samuelson once famously said: “When the facts change, I change my mind. What do you do?”

Many economic facts have changed over the past few quarters. In fact, everything I’m witnessing tells me that we are undergoing a paradigm shift in investing. We are moving from a world of benign disinflation to one of higher-trend inflation. From a very low interest rate environment to a rising rate environment. From a long period of low volatility to a period in which volatility will likely be elevated. From globalization to de-globalization, or friend‑shoring, as former Federal Reserve (Fed) chair Janet Yellen calls it. From maximum liquidity to liquidity withdrawal. And perhaps most importantly, from an era of elevated valuations in both equities and rates to one closer to the historical norm (Figure 1).

How can investors respond to this?

Learning the Lessons of History

To understand the present, it sometimes helps to study the past. In the mid‑1960s, for example, inflation began to rise following a long period of generally low inflation. It continued to rise throughout the 1970s and into the early 1980s—a period that became known as the Great Inflation—and incorporated four recessions, two severe energy crises, a lengthy period of stagflation, and previously unseen levels of peacetime wage and price controls.

To understand the present, it sometimes helps to study the past.

The Great Inflation lasted until 1982, but the seeds of its reversal were sown four years earlier when Arthur Burns’ tenure as Fed chair came to an end. During his eight‑year period in charge, Burns showed little inclination to tackle inflation and was widely regarded as being a political pawn. At President Nixon’s behest, Burns cut interest rates just when they should have been raised, fueling a U.S. economic boom ahead of the 1972 election.

Out With the Old, In With the New

Burns was replaced in 1978 by George William Miller, but it was Paul Volcker, who took over as Fed chair in 1979, who really brought about the end of the Great Inflation. Volcker, who understood that the central bank had a vital role to play in tackling inflation, immediately hiked interest rates. This led to the painful 1980–1982 recession and elicited widespread protests as well as political attacks, but it also introduced a new era of disinflation.

There are some parallels today. The current period of inflation, like that of half a century ago, began after a long period of low inflation. And shocks to global energy and food prices made the problem worse in the 1970s, just as they are now. So, are we about to enter another Great Inflation?

I don’t think so. Despite similarities between the present and the 1970s through the early 1980s, there are also significant differences. In the 1970s, the Fed was under severe pressure to avoid anti‑inflation policies that would slow growth; today, current Fed Chair Jerome Powell enjoys considerable support from the White House and Congress in his efforts to bring down inflation.

The fact that most leading central banks are now independent, meaning they are able make policy decisions based on economic data rather than on short‑term political interests, also puts us in a much better position to control inflation than we were in the 1970s and early 1980s. I believe this will remain the case. It would be folly to lose the inflation credibility that has been so hard-won over decades.

A New Era in Financial Markets

There’s a flipside to this, though. While independent, inflation focused central banks are good for the economy, they are not necessarily good for financial markets—at least in the short term. For the past 14 years, central banks have consciously sought to keep asset prices high as part of their stimulus packages. That is no longer the case. For the time being at least, it would appear that central banks are less concerned about your stock portfolio than they are about “managing down” asset prices in order to tighten financial conditions while keeping financial markets functioning.

...central banks are less concerned about your stock portfolio than…“managing down” asset prices....

This is the paradigm shift I was referring to, and it could have long‑lasting implications. Under the old paradigm, it was possible to achieve success by identifying the best asset in each sector and watching as it rose in value. This is unlikely to work in the new era. The days of elevated valuations, fueled by central bank largesse, are over. In the new era, investors will likely need to be more valuation sensitive than in recent times. Traditional skills such as identifying stock drivers and idiosyncratic risk will, of course, continue to be essential, but more sophisticated and holistic investment frameworks may be required to take account of wider macroeconomic, social, and geopolitical factors along with company fundamentals.

Investing in a New Era

Doing nothing is not a strategy. As noted investor Martin Zweig famously said, “It’s OK to be wrong—it’s unforgiveable to stay wrong.” The investors who succeed in the period ahead will likely be those who best evolve their processes in light of the new reality.

In practice, this means thinking about the opportunity cost of every position held. It means listening to the views of others—particularly those whose opinions don’t align with your own. It means only taking risks that truly match the depth of your conviction to avoid undermining your portfolio with unanticipated risks. It means remaining active because volatility is your friend.

We are probably at the very early stage of a negative earnings revision cycle, so it is important that investors test models and understand where earnings are most vulnerable. How will higher inflation and interest rates affect the companies you own? Do they rely on a continuous stream of cheap financing, or are they overly dependent on stock options to attract talent? Are their levels of operating and financial leverage healthy?

Market dynamics have changed—probably permanently—but that does not mean there is no alpha on offer. I believe investors who are active and adapt to the new paradigm stand a good chance of emerging from this difficult period stronger than ever. 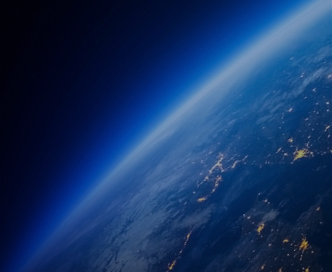