The sector is in better health than prior to previous downturns

Recession fears are mounting as central banks continue to hike rates and issue increasingly hawkish guidance in response to surging inflation. Asset prices across the board have plummeted, particularly those of investments considered higher risk, such as high yield debt. Such is the level of anxiety in markets that investors may be forgiven for wondering whether the current crisis will come to resemble the 2001 dot-com bubble or the 2008 global financial crisis (GFC).

The good news is that if a recession does occur this time, it is likely to inflict far less damage on corporate earnings than in those previous downturns. Although current valuations imply that corporate debt defaults will surge in 2023, we do not believe this is a realistic assessment. We have three main reasons for thinking this, which we discuss here.

Apart from the pandemic‑induced recession in 2020, most other recent recessions have been credit‑driven—in other words, they have been caused by concern over the creditworthiness of certain assets. The GFC and dot-com bust, for example, were caused primarily by the buildup of debt‑related excesses in the U.S. housing sector and internet infrastructure, respectively. 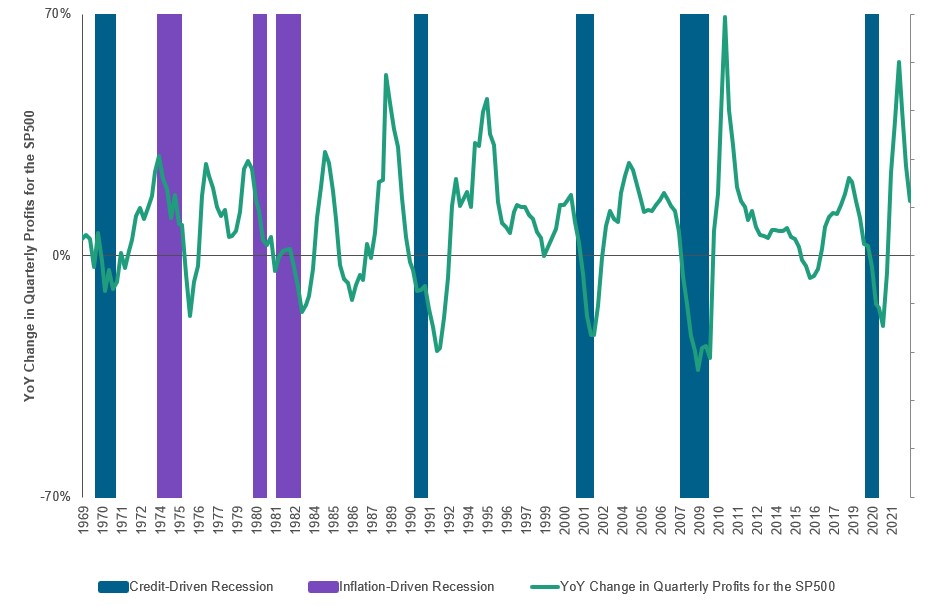 As of September 30, 2022.
Past performance is not a reliable indicator of future performance.
YoY = Year over year.
Source: Bloomberg Finance L.P. Analysis by T. Rowe Price.

In addition, the vast majority of high yield bond‑issuing firms were able to benefit from attractive funding conditions last year to push out their maturity profiles.

Just 1% of the debt of both U.S. and European high yield firms will mature this year, with a relatively small amount of debt maturing in 2023. The bulk of the “maturity walls” of high yield issuers will come in 2025 or later, indicating that balance sheets are strong.

The recent default cycle was brutal, but it has left the high yield sector in a much better state of health....

The recent default cycle was brutal, but it has left the high yield sector in a much better state of health: The current default rates in U.S. and European high yield are 0.84% and 0.05%, respectively.2 These ultralow levels are not sustainable in an environment of slowing growth and high inflation, so defaults will inevitably rise. Indeed, current market valuations imply a global high yield default rate of 3.4% over the next 12 months (assuming an excess spread of 350bps).3 However, we believe the market valuations are being driven partly by general macroeconomic concerns and that the actual default rate is likely to come in lower.

In addition to the three factors outlined above, it is important to stress that the key U.S. financial and housing markets are in much better shape than they were in previous recessions. Banks recently passed their stress tests with ease and have solid balance sheets. Housing debt obligations as a percentage of income are much lower than they were in 2007–2008 following hefty government payouts and elevated savings rates.

1 The decline in profits measured was the peak-to-trough year-over-year quarterly decline.

Stephen Marsh is a portfolio specialist in the Fixed Income Division, based in London.

Fundamentals are strong, and spreads are attractive. 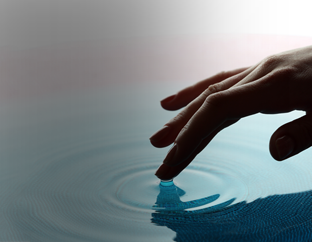 Time to test the temperature?