As of January 31, 2021.
Source: China Association of Automobile Manufacturers.

...we expect economic growth to bounce back to around 8% to 9%, but after that, we expect it to head back down to around previous levels of 6%, with the medium‑term growth rate being around 5%.

In the short term, we expect economic growth to bounce back to around 8% to 9%, but after that, we expect it to head back down to around previous levels of 6%, with the medium‑term growth rate being around 5%. Beyond that, we see a further moderation to around 4% to 5% levels. China has already indicated that it would like to become a more developed economy by 2035, and so an economic growth rate below 5% would correspond.

Beijing views boosting domestic demand, upgrading supply chains, and seeking self‑sufficiency in key technologies as ways to hedge against external uncertainties and challenges. Dual circulation also supports the need for greater reliance on homegrown technology, and we expect a trend toward greater spending on R&D within capex budgets in the coming years.

The rise of the middle class should also help power China in a different direction. That comes with a rise in disposable income with household income having grown at around 10% annually. This increased income will likely engender greater spending and subsequently help drive the domestic element of economic growth upward. 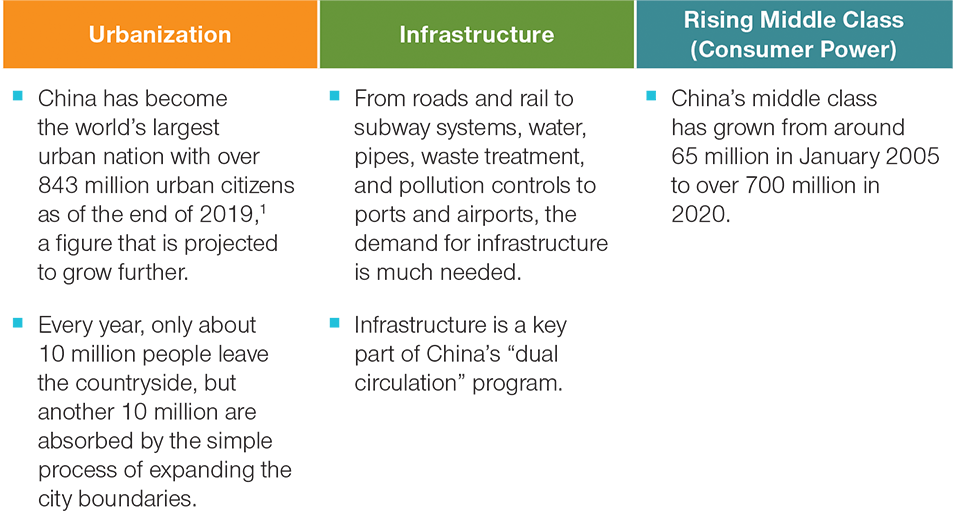