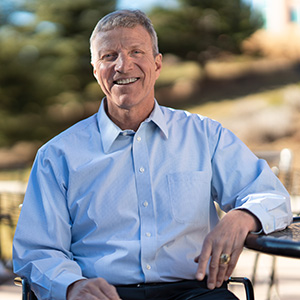 “In the military, you’re placed in a position where people’s lives are at stake, and you’d better make sure the details are right. Here in the finance industry, that kind of focus is also critical because a small detail can help change or shift the course of clients’ lives.”

Serving in the military and helping 401(k) investors probably seem utterly unrelated to the average person. Glenn Falconi, however, finds plenty of parallels in his position as an Education Advisor Representative at T. Rowe Price.

"Attention to detail is a huge component of both experiences," says the graduate of the United States Military Academy at West Point. "In the military, you're placed in a position where people's lives are at stake, and you'd better make sure the details are right. Here in the finance industry, that kind of focus is also critical because a small detail can help change or shift the course of clients' lives."

Another notable similarity between the two fields is the importance of communication skills. "In the service, you work with a variety of people from lots of different backgrounds, so the ability to communicate is super important," Glenn explains. "Here at T. Rowe Price, you have to be able to explain concepts so that they make sense."Both the military and the financial services industry have roots in discipline. "Obviously, in the service, discipline is a core value," Glenn elaborates, "and without sounding too much like General Patton here, I also see financial planning as a disciplined approach to reaching goals."

Glenn's initial interest in finances began while he was in the service as a lieutenant and met with a financial services company that works exclusively with the military. "One of their representatives talked with me about planning for the future and starting to lay the groundwork for investing," he says. "I was 25 years old, so I wasn't thinking a whole lot about what the future looked like other than getting through the next couple of days. But it had an impact on me because this representative emphasized the need for long-term planning and disciplined, systematic investing."

According to Glenn, numbers are compelling. "That representative said to us, 'Hey, if you can only discipline yourself —and you're a military officer so you should be able to do the discipline part of this— you can put away $150 a month or $200 a month,'" he recalls. Next, the representative showed them charts and the power of compound interest, and it truly impressed Glenn.

After ten years at T. Rowe Price, Glenn sees his role in that approach as educating clients on how they can achieve their goals. "The trick is to do that without sounding preachy. I'm the one to point out that if you take withdrawals from this 401(k) after you reach the age of 55, you don't have a penalty. But if you do the same thing from your Individual Retirement Account (IRA), you're going to have penalties on it," he says.

Glenn has worked in other financial services organizations where sales were the prime motive in their guidance. At T. Rowe Price, on the other hand, he says he doesn't feel like a salesman. "I understand that sales are the lifeblood of any organization, but education and customer support are also important components as well," he says. "There's not an undercurrent of sales pressure here. Instead, I can educate, inform, impart knowledge, and offer support when clients have problems because I know these systems backward and forwards."

Ultimately, Glenn is dedicated to helping clients reach their goals. "Maybe you could call that indirect selling because we're talking about the strong points of what this company offers," he reconsiders. "My job is to make sure clients can see it."