Geopolitics will continue to be a key focus for investors in the second half, reinforcing the importance of diversification

Russia’s invasion of Ukraine has shaken the global political landscape. Beyond the destruction and human suffering inflicted by the war itself, the conflict threatens to worsen hunger in the world’s poorest countries, spur a new arms race, and block cooperation on problems like climate change and nuclear proliferation.

While those shocks could be felt for years, the consequences for global markets were more immediate:

The war’s inflationary impact will be magnified in the developing world, where food products typically have a much heavier weight in consumer price indexes than in the developed world (Figure 5, right panel).

The War in Ukraine Is Feeding Commodity Inflation Worldwide

“Not only are Russia and Ukraine the breadbaskets of Europe,” Husain says, “but they export many of the chemicals that go into fertilizers and other agricultural inputs around the world.”

The war also has exposed Europe’s overdependence on Russia for oil and natural gas supplies, Thomson says. This will have implications not just for energy security, but for issues related to energy equity—such as consumer subsidies.

Disappointing financial performance in the oil and gas sector had led many equity investors to underweight energy stocks heading into this year, Thomson notes. But the Russian invasion was a wake‑up call.

“I think the market suddenly realized that energy is a strategically important sector and that we’ve probably been undervaluing it,” Thomson says. “A lot of portfolios are feeling the consequences.”

A Boost for Renewable Energy

Like most economic disruptions, the energy shock has the potential to create investment opportunities as well as risks. The transition to renewable energy sources, such as wind and solar, could be one of them, Thomson suggests.

“As the saying goes, the cure for high prices is high prices—in this case, high prices for hydrocarbons,” Thomson argues. “It reduces the relative costs of switching to other sources, so the transition to renewable energy should accelerate.”

Higher oil and gas prices also could spur investments throughout the energy supply chain, not just in renewable projects such as wind and solar farms, Thomson adds. This could include upgrading electrical grids and developing more efficient energy storage technologies—which in turn could boost demand for the raw materials used in those projects.

The Impact of Sanctions

The financial penalties imposed on Russia in response to the invasion could accelerate another longer‑term transition—toward a less centralized global financial system, Husain contends.

The initial round of sanctions included several unprecedented steps, such as freezing Russia’s foreign currency reserves at the Fed and other cooperating central banks and banning some Russian banks from the SWIFT (Society for Worldwide International Financial Telecommunications) financial messaging system.

While these measures have imposed heavy costs on Russia, they also could motivate other countries to seek alternatives to an international payments system dominated by the U.S. and the other major financial powers.

“Some countries may be looking at this and thinking, ‘We need to find another way of moving our money and transacting on a global basis,’” Husain says.

As long as sanctions remain limited to Russia and its closest allies, they appear to pose limited risks to the global economy. But that might not be the case if secondary sanctions were imposed on other countries, particularly China, in response to actions perceived as aiding the Kremlin’s war effort.

“The biggest unknown here for Chinese markets is geopolitical risk,” Thomson says. “If there is a further spillover from Russia’s invasion, and the Western democracies extend sanctions to China, then we would be in a very difficult situation.”

Although secondary sanctions on China appear to be a “tail” risk—i.e., a relatively low‑probability outcome—that risk is likely to weigh on Chinese equity valuations in the second half, Thomson adds.

With earnings growth likely to decelerate and interest rates rising, what opportunities...

Bonds struggled to diversify against equity risk in the first half of the year, so... 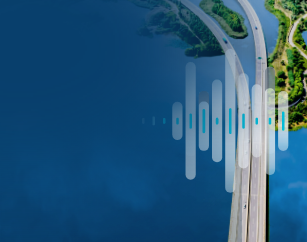