Markets ended the third quarter rattled by news that the UK central bank temporarily pivoted back into quantitative easing to fend off a potential disaster for the UK pension system following a spike in rates. This comes at the same time the bank has been raising policy rates and moving toward quantitative tightening to fight record‑high inflation, led by shortage-driven energy prices. Worries spread quickly through the UK gilt markets—already weighed upon by threats of new supply to fund Prime Minister Liz Truss’ fiscal spending plans—on concerns pensions would be forced sellers of gilts to meet margin calls. In synch with the bond sell-off, the British pound extended its slide to record‑low levels against the US dollar. The chaos in financial markets and sell-off in the pound could spell disaster for the UK’s central bank as it tries to rein in inflation and navigate fiscal spending, all while avoiding a collapse in UK pension system. The UK’s woes are not unique in the current environment. Aggressive central bank tightening, led by the Fed, is pressuring currencies across developed and emerging markets (EMs), pushing imports inflation higher and bleeding currency reserves. Fragilities are becoming more evident as the Fed keeps on its aggressive path, leaving other markets increasingly vulnerable to getting pounded.

Hopes for a continuation of the summer rally off the June lows were dashed in the back half of the third quarter. The inflection lower in risk assets coincided with Fed Chairman Jerome Powell’s late‑August speech in Jackson Hole, Wyoming, where he pledged a continuation of aggressive policy to beat back inflation. Market participants that had been awaiting a hint of a ‘pivot’ or a least a slowdown to wait and see the data were sadly disappointed. Still‑strong reports on inflation and worries about collapsing currencies abroad further weighed on sentiment. Outside of cash and the US dollar, both risky and safe-haven assets steepened their declines over the quarter, leaving global equities down 25% year to date and global bonds not far behind, down nearly 20%. While there have been few places for investors to hide this year, some segments of the market are becoming more attractive. Amongst those are high yield bonds that now yield near 10%, providing a more balanced risk-to-reward entry point and with yield levels that have historically delivered attractive forward returns. While the risk of recession remains elevated and inflation has yet to be tamed, high yield fundamentals remain strong relative to history and could provide an attractive hideout and reasonable compensation for risks.

Midterm Election Preview: What Investors Need to Know
Next Article 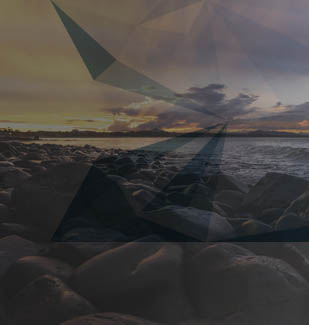