Fixed income veterans at T. Rowe Price look back after 30 years in the business

On a sunny afternoon in Baltimore, we meet Mark Vaselkiv, Mike Conelius and Cheryl Mickel in their office on Pratt Street to reminisce on their 30+ year careers in the fixed income department. And what a time it has been.

‘When I joined the firm in 1988, the market environment was volatile and treacherous. The 10-year Treasury was at 8.25% and three months prior, the stock market had crashed on Black Monday,’ Fixed Income CIO Mark Vaselkiv said.

Back then, he was working as a specialist in high yield bonds, which were going through a period of major upheaval. ‘The savings and loan crisis of the 1980s had a lasting effect on the economy and cost taxpayers billions of dollars. Many thrifts were failing,’ Mark said. Suffice to say, his first two years at T. Rowe Price were rather intense.

On the bright side, however – depending on what your stance on smoking is – you could ‘still partake and enjoy a cigarette in the office’, he added. ‘When it got particularly stressful, you would see clouds of smoke rising to the ceiling. That’s when you knew it was a pretty bad day in the markets.’

Mike Conelius, who recently took charge of distressed debt efforts and another 33-year veteran at the company, also recalls a time before we had the digital world at our fingertips. ‘When I started as a sovereign analyst, the internet didn’t exist. We were still using Lotus and WordPerfect. There was a Bloomberg monitor and a Reuters machine, but we did most of the research via spreadsheets and through old-fashioned paper reading,’ he explained. ‘The team used to share newspapers and magazines. At the end of the day, analysts would cut out the stories they wanted, and we would make a copy of that story. It was quite basic.’

In 1994, Mike, who would go on to head T. Rowe Price’s flagship Emerging Markets Debt strategy, was the first analyst covering sovereigns, both developed and emerging. ‘When we started a dedicated strategy, it was just me. The former head of fixed income used to call me the one-armed paper hanger because I was doing it all.’

So much for raucous trading floors

Cheryl Mickel, still has vivid memories of her first encounter with the trading desk in 1989. ‘I thought trading desks would be loud and crazy, but the opposite was the case. I was struck by the calm atmosphere and the reasonably quiet environment,’ she noted.

Cheryl freely admits that she hadn’t planned to spend the next three decades at T. Rowe Price when she joined the company as a trading assistant at the age of 22: ‘I thought I was passing through at that point. The brand and its name didn’t mean anything to me.’

Today, she’s a Portfolio Manager heading the US Taxable Low Duration team, which manages more than $100bn assets*. In her 32 years at the firm, Cheryl has experienced her fair share of crises – and treasures the lessons they taught her. ‘One of the most challenging periods was certainly the Global Financial Crisis. I don’t think any of us had ever faced a period like that, of such immense volatility and uncertainty. I run low volatility strategies, so selling a deeply distressed security is not something that’s in my normal playbook,’ she said.

It was teamwork that helped her get through the turmoil. That and a healthy dose of modesty: ‘I’ve learned to appreciate the importance of humility and mental flexibility. Both allow you to make the most of any collaboration and experience the various perspectives of so many people. You need to recognise the value of more than just yourself.’

The Global Financial Crisis has been yet another proof-point for Cheryl that fixed income can stand the test of time. Bonds, she said, have always provided ballast and diversification against equity holdings, but they play a critical role in delivering income and capital preservation as well. While she acknowledges that ‘there are always some trade-offs when you have to optimise one of those aspects over the other’, she also points out that a robust framework can lead to the best outcomes: ‘At T. Rowe Price, having a strong process to work through really helps us get to a great result. When you hit rough patches and it feels like nothing is working, that process is going to guide you.’

For more reflections from our investment professionals, as they look back at lessons learned over the past decades in the business, visit troweprice.com/fixedincome50

*All data as of 30.06.21, unless otherwise stated. Firmwide AUM includes assets managed by T. Rowe Price Associates, Inc. and its investment advisory affiliates.

Believe in the People
Next Article

Fixed income veterans at T. Rowe Price look back after 30 years in the business 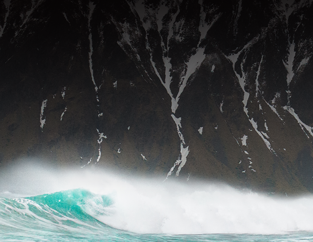