When Bad News Is Good

On the surface, the better‑than‑expected rebound in US gross domestic product (GDP) growth in the third quarter would reinforce the Fed’s need to remain aggressive on tightening policy. However, looking at the details, there is growing evidence that the economy is feeling the bite of sharply higher rates. Consumer spending, comprising nearly 70% of GDP, declined while residential fixed investment, a broad measure of housing activity, slumped by more than 26%. Consumer confidence data last month also flashed warning signs that consumers were increasingly concerned about the impact of high inflation and are worried about the job market ahead. Signs of slowing were seen in the October ISM Manufacturing Index that fell to levels last seen in May 2020, although it did show promising signs on the inflation front with supplier deliveries and prices paid easing. US markets have responded positively to the batch of bad news, with US Treasury yields easing and equity markets climbing higher. While the Fed remains vigilant in its battle to fight inflation, evidence is building that its front‑loaded rate hikes are having an impact, at least on growth and potentially preceding softer inflation data. Meanwhile, investors are likely to continue to cheer bad economic data in hopes that it brings good news of a Fed pivot in policy.

US markets have historically championed periods of divided government, and with the midterm elections imminent, polls suggest that may occur with the increasing odds of Republicans take control of the House of Representatives—and with the Senate now being a toss‑up. Amongst voters’ top issues are record‑high inflation and a slowing economy, which are weighing on Democrats, whose two‑year reign saw them advance progressive policies and spending that voters may now blame for fueling inflation. Historically, a divided government has been seen as a positive, providing checks and balances of power, reducing the likelihood of extreme policies being passed and for legislation that requires more bipartisan compromise. Similarly, uncertainty that impacts corporate and household spending plans eases as the likelihood of significant changes to spending, taxation and regulatory policies ebbs. However, while gridlock may be welcomed by the markets, a divided government could raise the potential for volatility in other areas, such as raising the debt ceiling limit, support for Ukraine and regulation of the technology sector. China policy has been an area which has witnessed broader bipartisan agreement representing a potential risk to markets. So, while markets could rally on news of a divided government, we shouldn’t expect political uncertainty to go away, particularly in today’s world.

Considering The Past And The Future In Asset Simulation
Next Article 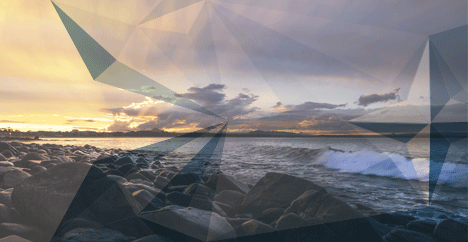