It Fooled You Once…

Coming out of the annual Jackson Hole meeting, Fed Chairman Jerome Powell’s speech, unsurprisingly, had a strong tone reinforcing the Fed’s intention to fight inflation at any cost, a 180-degree reversal of his ‘inflation is transient’ tone delivered the same time last year. But, just like last year when the Fed misread the growing threat of persistent inflationary forces and underacted, they may be misreading the trajectory of inflation once again. While lingering supply chain impacts from the pandemic and the Russia-Ukraine conflict over the past year further exacerbated inflationary pressures, we are now starting to see key input costs—such as oil, lumber and copper—sharply decline. Recent jobs data have also pointed to higher participation rates, which should help ease the tight labour market and pressure on wages and while other ‘stickier’ components of inflation—such as rents and owners’ equivalent rents—are still on the rise, the pace has moderated in recent months. Although it is unlikely that inflation returns to the Fed’s 2% target anytime soon, it could be falling a lot faster than suggested by the Fed’s tightening, leaving markets to wonder if next year’s speech will be about rate cuts.

Pandemic-fuelled demand for space, ultralow mortgage rates and low supply proved the perfect mix that set the US housing market on fire, with home prices surging over 40% since the start of the pandemic. Unfortunately, the tides have turned amid tighter Fed policy, as mortgage rates have spiked higher, with the 30-year fixed rate moving from below 3% up to 6% since early 2021. That abrupt leap in rates has quickly stifled demand, sending prices and sales lower, and is already forcing some mortgage lenders to begin layoffs amid the downturn. While there is clearly some excess in home valuations, particularly in certain regions that saw the strongest demand, it may be a stretch to draw parallels to the 2008 house of cards that came crashing down, as credit fundamentals of borrowers today are less of an issue. In fact, many buyers, and particularly first-time home buyers, have been sidelined as climbing financing costs are continuing to keep affordability out of reach and more than offsetting the recent softness in home prices. However, going forward, the real impact of a weakening housing market may be on sectors of the economy, such as construction spending and mortgage lending, as well as broader consumer spending.

The Regime Change in Markets Demands Fresh Ideas
Next Article 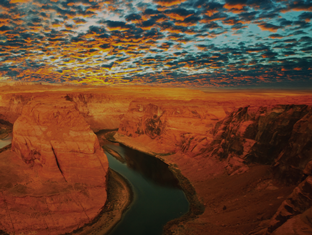