The Old Continent Is Now the New World

How an ESG revolution is transforming European investment opportunities

European investors have been the primary investors in ESG funds for more than a decade. In the past three years, virtually all net investment flows in the region have been into ESG‑labeled funds. These assets now exceed USD 4 trillion (see Fig. 1), or more than a third of total funds invested.

Europe Has Long Been an ESG Global Leader, Driven by Investors

This is partly because major institutions and smaller investors in the Nordics and countries such as France and the Netherlands embraced ESG considerations in asset allocation decisions more quickly and with greater enthusiasm than other regions.

The second big force has been regulation, which has been a pivotal driver of ESG principles and practices. Europe is a superpower in this area. Previous efforts were more piecemeal and were reliant on national governments. In the last couple of years, the European Union (EU) has become more influential, intentionally using regulation to redirect capital flows and accelerate a transition to a carbon‑neutral, green, competitive, and socially inclusive economy.

A recent example of this legal effort is the Sustainable Finance Disclosure Regulation (or SFDR as commonly used). This sets very significant disclosure requirements for asset managers, who will have to report environmental and social data on their aggregated assets, including an assessment of annual improvements.

The European Commission’s (EC) aim is to create a carbon‑neutral continent by 2050, recently adopting measures that represent a more comprehensive policy response than those typically seen in the past.

To help finance the transition and support an economic recovery from the coronavirus crisis, the EC launched the “Fit for 55” agenda, which came into law this year, targeting a 55% cut in emissions by 2030 compared with 1990 levels. It also set aside EUR 800 billion under its “NextGenerationEU” budget. It updated these plans in the REPowerEU program launched in May, which aims to end the EU’s dependence on Russian fossil fuels and accelerate the rollout of renewable energy to replace fossil fuels in homes, industry and power generation.1

The last force is society. People are demanding radical change and embracing the adoption of more sustainable economic practices and goals to prevent catastrophic, lasting damage to the planet and its climate from human activity. Admittedly, this is true not only in Europe but elsewhere. For many consumer‑facing companies, it is no longer credible to have a sustainability strategy and not to be vocal around issues relating to the environment, equitable treatment and macropolitical concerns.

Making Europe the first climate‑neutral continent is our goal.

This trend is clear in Europe’s largest economy, Germany, which is now led by a coalition government that includes the Green Party. The party effectively secured all of its main demands in the negotiations to build the coalition, which has never been done before in the country. Demands for the adoption of more sustainable economic goals are consequently now being reflected in a range of government policies.

Companies Have to Evolve

European corporates have not been immune to these pressures for change—they have had to evolve as countries began legislating for greener businesses, economies and societies.

While businesses have usually associated regulation with something negative, we would say that in the case of ESG the opposite is true: Regulation has been a positive factor for European companies.

2 Net zero means achieving a balance between the greenhouse gases put into the atmosphere and those taken out. This state is also referred to as carbon neutral.

Transitioning to a New Paradigm
Next Article

See all article(s) by Tobias Mueller...

How the world is moving forward on emissions reduction 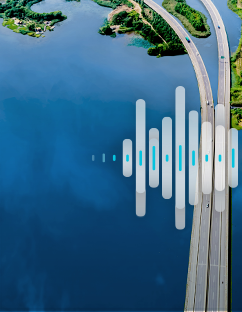