Looking ahead to 2022, tentative moves toward economic reopening and supportive political developments set the scene for bright prospects for Japan. The comfortable election victory of the ruling Liberal Democratic Party (LDP) under new Prime Minister Fumio Kishida boosted expectations of policy continuity and makes further economic stimulus more likely, both of which add to our positive outlook for Japanese equities.

With a normalization in social and economic conditions following the coronavirus pandemic—against the backdrop of a global economic recovery—Japan’s highly open market is likely to provide attractive investment opportunities, particularly in companies whose profits are levered to external demand. We also anticipate opportunities in companies that are on the right side of the country’s digital reform drive, a trend that we will be watching closely over the coming years.

Potential Game Changers for Japan in 2022

Factors set to shape the outlook for growth

For Illustrative Purposes Only. Actual future outcomes may differ materially.

Japan is returning to more normal conditions following the coronavirus pandemic, with the economy set to slowly reopen after the government declared an end to the prevailing states of emergency in September. Japan’s COVID‑19 vaccination program initially lagged developed market peers, due to challenges in gaining regulatory approvals and securing sufficient supplies. However, since May, the country has caught up rapidly and the percentage of the population fully vaccinated is now higher than the U.S. and Europe, meaning that the impact on society and the economy of any new uptick in cases should be more manageable.

In early September, Japan’s Prime Minister Yoshihide Suga effectively signaled his resignation as premier, having held the position for less than a year. While this took many investors by surprise, widespread dissatisfaction with his government’s handling of the coronavirus pandemic and some concerns about his ability to garner public support in a general election are likely to have played a role in Suga’s decision to step down.

Suga largely continued with the signature economic policies of his predecessor, Shinzo Abe (known as “Abenomics,” these comprise an aggressive program of monetary easing, fiscal stimulus, and structural reform), and we expect further continuity under his successor, Fumio Kishida.

Early indications were that Kishida would pursue a redistributive agenda to share the benefits of economic growth more equally—he had hinted at raising Japan’s capital gains tax as one way of helping achieve this. However, amid investor concerns that this would signal a step away from efforts to make Japan more shareholder friendly, he backtracked on the plans and we now anticipate more policy continuity over meaningful change under Kishida. The ruling LDP’s comfortable election victory on October 31, where the party retained majority control in the powerful lower house of parliament, was well received by investors who took it as a sign of increased political stability ahead.

In November, Kishida’s government approved a larger‑than‑expected stimulus package, with record fiscal support of JPY 55.7 trillion (around USD 490 billion). By carrying out the stimulus package with a sense of urgency, Kishida hopes to rebuild Japan’s pandemic‑hit economy and put it on a growth path as soon as possible.

Japan’s new Digital Agency, launched at the start of September 2021, could come to be regarded as the most visible sign of Suga’s legacy. It was designed to drive Japan’s digital transformation as part of the government’s administrative reform agenda, and we anticipate that the Digital Agency will endure under Kishida and play a key role in helping address Japan’s shortcomings in the digital realm.

Japan is a laggard in the use of digital technology to carry out national policies. Slow progress in promoting administrative reforms that utilize information technology is due in part to decentralized information systems and privacy concerns. The lack of digitalization in government services for the public has caused problems during the coronavirus pandemic, for example, delaying the handling of applications for financial support and slowing the transmission of medical data. Many schools also struggled to switch to online teaching.

The use of digital technologies more extensively has the potential to contribute to economic growth through improved productivity across both the public and the private sectors, and the Digital Agency could help set a standard for innovation. We continue to favor companies that we believe can benefit from digital reforms, across industries ranging from telemedicine to cloud computing to online payment processing.

We continue to favor companies that we believe can benefit from digital reforms, across industries ranging from telemedicine to cloud computing to online payment processing.

Japan’s highly open market means that corporate profits are, to a great extent, levered to the health of the global economy and export demand. Despite the slow post‑pandemic reopening in Japan, companies are benefiting from demand from outside the country. The dominant face‑to‑face services sector remains exposed to adversities, but exports and production have been on uptrends, despite supply chain constraints particularly in automobile‑related goods. Notably, demand for information technology‑related goods, including smartphones, personal computers, and parts for data centers, as well as semiconductor production equipment, has been solid. Corporate profits have improved considerably as a result.

Despite the slow post‑pandemic reopening in Japan, companies are benefiting from demand from outside the country.

China is Japan’s top trading partner (see Figure 1); developments there can influence the prospects for Japanese companies, and we continue to monitor these closely.

In the third quarter, authorities in Beijing made significant policy shifts affecting major technology firms and other influential industries, with the aim of enhancing social stability and national security. Meanwhile, speculation about a potentially chaotic debt resolution for cash‑strapped conglomerate China Evergrande also dominated headlines. Against this backdrop, shipments from Japan to China increased by 9.5% year‑on‑year in October—while this marked a slight slowdown from the prior month’s 10.3% year‑on‑year rise, Chinese demand for Japanese exports remains robust.1

Factoring in the Risks to Our Outlook

While our base case is that there is continuity in the structural and, in particular, corporate governance reforms undertaken as part of the Abenomics economic policy program, we may see a steady—rather than a spectacular—pace of reform under Kishida. Any reversal in Abe’s signature policies, comprising an aggressive program of monetary easing, fiscal stimulus, and structural reform, could negatively affect Japan’s prospects—while possible, this is not an outcome we attribute a high probability to.

While macroeconomic concerns are not at the forefront of our minds as bottom‑up, fundamental investors, we would view it as a headwind if we saw some of the unique dynamics of 2021 endure in the new year. Specifically, rising interest rate expectations on global reflation prospects have led financials to outperform, while industrials suffered amid the spread of the delta variant of the coronavirus and its impact on production and supply chains.

Tailwinds for Japanese Equities in 2022

Against this backdrop, we believe the prospects for Japanese equities in 2022 look favorable. The country is firmly on the path toward social and economic normalization and has left behind the period of political uncertainty that followed Suga’s resignation. Signs point to policy continuity under Kishida, and the prospect of further economic stimulus has been welcomed by investors. The case for investing in Japan is likely to be strengthened by the Digital Agency’s reform drive, which we believe should benefit many of the companies we favor. Meanwhile, companies whose profits are levered to external demand have the potential to thrive as the global economic recovery becomes further entrenched.

Looking for Growth in Challenging Markets 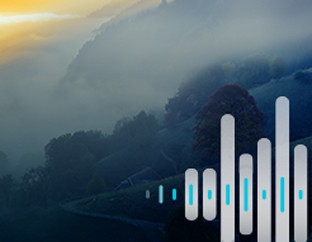