Will Russia’s invasion of Ukraine and the spike in commodities prices cause the U.S. stock market to meaningfully underperform bonds? To add historical perspective to this question, we analyzed asset class returns and macroeconomic trends following seven geopolitical and commodity shocks from the early 1970s to the present. Our scenario analysis revealed that geopolitical and commodity shocks have not typically triggered equity underperformance. Of our seven scenarios, the dual shock of 1973 is the only worrisome analogy. Over the 12 months following the oil price spike of October 1973, stocks underperformed bonds1 by 30%.

A Shock on Top of a Shock

Are we facing a 1973‑like scenario? Like now, the 1973 scenario includes both oil and agricultural commodities—a shock on top of a shock. In the first shock, food prices skyrocketed on worldwide grain production issues. Then OPEC instituted the oil embargo that created the second shock. Inflation was already running high, and the oil crisis exacerbated it.

There are many differences between then and now, but both periods are a reminder that oil and commodity shocks push inflation higher and can wreck growth. The relationship between oil shocks and subsequent economic growth is less direct than for inflation, and the effect is always conflated with other variables. But there are three ways that inflation can lead to recession:

If we want to compare the current situation with that of 1973, the most important question involves growth. What’s the recession risk? In our view, whether the oil shock is the direct cause does not matter that much.

Rising rates have not caused stocks to underperform over the last 30 years because the Fed hiked during expansions. But if the Fed really needs to fight inflation, which has not been a real issue for decades, the “Fed put”—easing monetary policy when equities fall meaningfully—may disappear, or a more severe downturn may be required for the Fed to come to the market’s rescue.

(Fig. 2) Relative returns of equities vs. bonds* after shocks

Past performance is not a reliable indicator of future performance.
*See Figure 1.
Source: Data analysis by T. Rowe Price.

That is exactly what happened in 1973. The Fed was largely behind the curve, as some may say it is now. It raised the benchmark federal funds rate from 5.5% in December 1972 to 13% in June 1974—and then lowered it to 4.75% by March 1976! More importantly, the Fed kept hiking well into the recession, exacerbating the severity of the slowdown.

Currently, growth is decelerating, but we are not as late in the economic cycle and we do not face as many disruptions as we did in 1973. Also, in 1973:

Following the oil shock of 1973, real gross domestic product (GDP) fell by just over 1.0% in the next 12 months. And the recession lasted two years. We do not think that is a realistic scenario for the current environment, given pristine consumer and corporate balance sheets as well as the inescapable positive economic forces of the reopening. However, across almost all the historical shocks that we examined, inflation remained extremely elevated over the next 12 months.

What does this mean for positioning, looking forward six to 18 months? In our asset allocation portfolios, we are tactically positioned for rising rates, and we are overweight short‑term Treasury inflation‑protected securities (TIPS), bank loans, and value stocks, all of which could do well in an inflationary environment. Meanwhile, we remain slightly underweight to stocks, given elevated valuations and geopolitical and monetary policy uncertainty.

Cesare Buiatti is a quantitative investment analyst in the Multi-Asset Division.

See all article(s) by Cesare Buiatti... 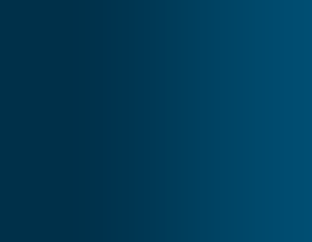