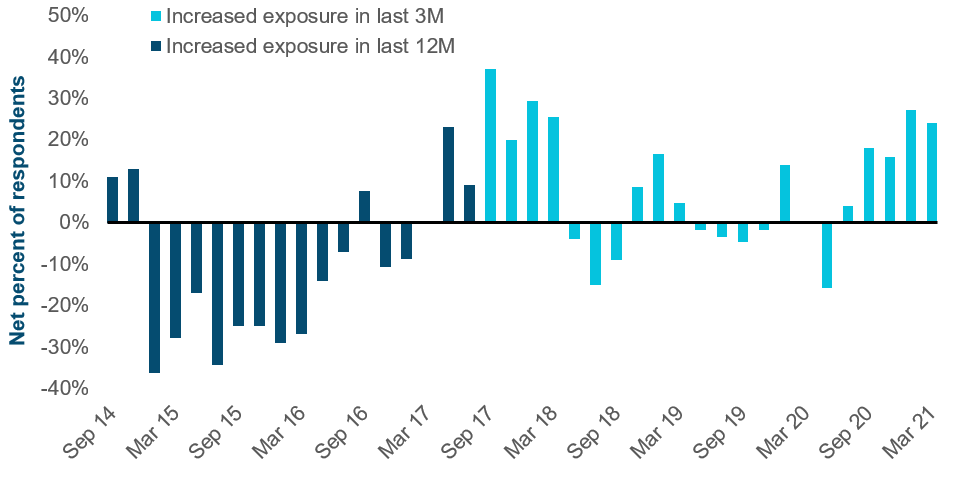 Historically, during beta rallies, buying becomes more indiscriminate, there’s less scrutiny of issuer-specific fundamentals, and underlying risks get mispriced. This of course creates a window for active managers to identify those anomalies before the market starts to focus on fundamentals again.

The first quarter of 2021 brought increased interest rate volatility, led by US Treasuries, and the steady tightening in credit spreads started to flatten off. In the last month or so, the market has been noticeably less complacent about negative headlines, and we’ve started to see increased spread volatility.

What’s Next for China’s Geopolitical Relations?
Next Article

See all article(s) by Siby Thomas...

EM corporate bonds have had smaller losses and less volatility at times of market...