Rising global bond yields and interest rate volatility have been dominant themes in fixed income markets so far this year. In our latest investment team meetings, we discussed how likely these trends are to continue—and the potential implications for bond markets and central bank policies if they do.

Steepening Move Has Further to Run

The steepening move in sovereign bond markets this year may have been rapid, but it probably has further to run. “It’s important to remember what’s coming over the next few quarters—potentially a strong acceleration in economic growth and an inflation pickup that major central banks, such as the Federal Reserve, are likely to look through,” said Quentin Fitzsimmons, a portfolio manager and member of the fixed income global investment team. “These dynamics suggest the steepening move is likely to continue,” noted Mr. Fitzsimmons.

It’s important to remember what’s coming over the next few quarters—potentially a strong acceleration in economic growth and an inflation pickup...

Indeed, based on an analysis of past yield curve steepening cycles, we believe that around half of the flattening retracement has taken place in this current rate rising episode, which suggests there is further to go. It is also important to note that the current steepening trend is much more than just a U.S. phenomenon—other developed markets are also likely to participate. The UK government bond curve, for example, is likely to continue steepening because of its fast vaccination rollout and an ultra‑accommodative central bank.

Against this backdrop, we believe that maintaining steepening biases alongside positions that aim to mitigate against higher inflation, provides an opportunity to potentially limit the downside for fixed income portfolios in the current climate.

Although a fierce sell‑off has raged across developed government bonds this year, risk markets such as credit and equity have held up relatively well. “What’s interesting about the rise in volatility is that it’s been very specific to interest rate markets thus far—but it might not always be like that,” said Mr. Fitzsimmons. He pointed out that credit, particularly investment grade, could be vulnerable at some point due to tight spreads and a duration component that exposes it to changes in the underlying risk‑free rates.

Not all parts of bond curves have experienced the same degree of volatility, however. “Long maturity government bonds have seen the greatest degree of price fluctuation recently as investors attach a higher premium to that part of the curve due to inflation fears and supply risk concerns,” said Mr. Fitzsimmons. “Let’s not forget the great fiscal stimulus expansion of the past year needs to be financed—and that will likely require greater government bond issuance going forward.”

There’s a risk the Fed’s wait‑and‑see attitude backfires and the markets test its resolve...

Accommodative monetary policy has helped to keep volatility broadly in check at the short end of the curve, but that might not always be the case. “There’s a risk the Fed’s wait‑and‑see attitude backfires and the markets test its resolve, which could also lead to a temporary correction in short maturity bonds,” warned Mr. Fitzsimmons.

Rising government bond yields are unlikely to concern central banks, but the speed and volatility of the rises will. Several banks have already expressed unease, and it is possible that some may follow in the footsteps of the Bank of Japan (BoJ) and the Reserve Bank of Australia by introducing yield curve controls to help smooth out fluctuations. “Central banks will be evaluating the benefits of yield curve control,” said Mr. Fitzsimmons.

If other central banks decide to introduce yield curve controls, they may follow the BoJ’s approach of targeting specific areas of the curve. This move meant that the BoJ bought fewer bonds overall as they were no longer committed to buying at a set pace each month.

Mr. Fitzsimmons concluded with a reminder that the concept of yield curve control can sometimes be misunderstood by market participants. “The goal is to help manage the pace of interest rate rises—not fix a limit on how far yields can go,” he said.

Investing in a Pandemic: Lessons Learned and What’s Next
Next Article

Why a flexible approach is necessary in this challenging environment

When Emerging Market Debt Dances to the Inflation...

How higher oil prices could impact inflation and the asset class 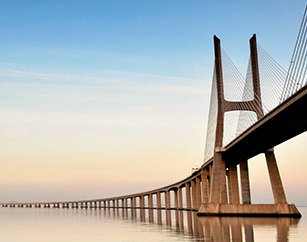