President Joe Biden’s nomination of key staffers and recent executive order (EO) focused on “promoting competition in the American economy” signaled his administration’s strong support for a government-wide revision of antitrust and regulatory policies to address the harm that can come from anticompetitive practices and high levels of industry concentration. In our view, this EO signals a shift in the government’s approach to industry consolidation, a development that could lead to tougher reviews of proposed business combinations, longer time frames for deals to close, and more terms and conditions that must be met for a transaction to gain approval.

In our view, this EO signals a shift in the government’s approach to industry consolidation, a development that could lead to tougher reviews of proposed business combinations...

Not surprisingly, the EO addresses two high-profile areas of concern: the power of dominant technology platforms and the problem of rising health care costs. But the EO also encouraged regulatory actions to address concerns about consolidation and competition in a range of industries, including telecommunications, agriculture, banking, and transportation. We see the potential for headline risk and incremental changes in business practices, as this EO introduces more stringent regulatory scrutiny in select industries. In our view, investors should monitor the rulemaking process closely—while bearing in mind that comprehensive legislative and regulatory reform would take bipartisanship and likely years of rulemaking to play out.

Many signs point toward the mega-cap technology platforms facing increased regulatory scrutiny. Consider the Biden administration’s appointments to key posts in the White House and at regulatory agencies: Jonathan Kanter (nominated to head the Justice Department’s antitrust division), Federal Trade Commission (FTC) chair Lina Khan, and Tim Wu (named to the National Economic Council)—all of whom are on the record with legal and regulatory criticisms of the tech giants’ business practices.

Much will be made of these appointees’ strategies for addressing the perceived harm caused by the influence of the biggest technology companies. But Biden’s nominations would install skilled regulatory technicians who are driven to ramp up antitrust scrutiny across industries.

Highlights include encouraging the FTC to establish rules on data collection by technology companies and cracking down on potentially unfair practices that disadvantage the smaller businesses using these popular platforms to sell to customers. In the health care sector, the EO urges the Department of Health and Human Services to issue a plan to lower drug prices within 45 days, implement previously passed legislation to address surprise billing in hospitals, and take other steps to address affordability in health care.

Other noteworthy recommendations from the EO include making it easier and less expensive for consumers to switch telecommunication service providers, improving the transparency of airline and shipping fees, making it easier for farmers to sue large agricultural processors for underpayment and other abusive practices, and restricting the use of noncompete clauses.

The EO itself does not contain enforcement mechanisms but encourages federal agencies to adopt more progressive policies given the rulemaking authorities available to them under current law. However, those regulations will take time to develop. The rulemaking process can stretch from several months to several years, and the challenge of coordinating among different agencies can slow progress.

...the EO strikes us as an incremental step toward more progressive competition policies and should add momentum to political, regulatory, and legislative efforts to reform U.S. antitrust law.

Coupled with biden’s nominations to key posts in the white house and federal regulatory agencies, the eo strikes us as an incremental step toward more progressive competition policies and should add momentum to political, regulatory, and legislative efforts to reform u.s. antitrust law. Ultimately, fundamental changes in the federal government’s approach to regulating competition would require legislation redefining the “consumer welfare” standard, which places the burden on regulators to prove consumer harm stemming from allegedly anticompetitive practices. Revamped funding and staffing for the ftc and the department of justice would also help, as would expanded authority for agencies that regulate competition.

Opportunities presented by public policy in the Biden era 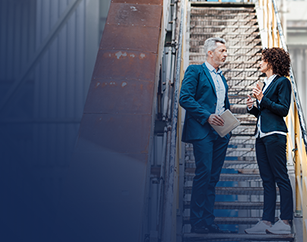 Don’t leave your US portfolio to chance, leave it to the experts