The peak in global inflation keeps being pushed higher, challenging the view that the current wave of price pressures is transitory (temporary). During our latest policy meetings, the investment team discussed the current inflation dynamics, how central banks are responding to them, and, in particular, how bond investors might seek to navigate the period ahead.

Time for a Higher Inflation Premium

Across developed markets, inflation has soared higher in recent months, driven by a combination of economies reopening, higher energy prices, and supply chain bottlenecks. In the eurozone and the UK, price pressures are close to decade highs, while in the U.S., annual consumer prices have risen above 5% for the first time since 2008.

“Almost everyone has been wrong about inflation this year—it continues to remain stubbornly high and reach new peaks,” said Arif Husain, portfolio manager and head of International Fixed Income. “Given the conditions, it may be prudent for fixed income investors to factor a higher premium for the inflation risk,” added Mr. Husain.

So far, there are limited signs of this taking place in bond markets, where interest rates remain close to record lows. “The bond market appears to be firmly of the belief that the inflation spike is transitory, but this perspective is looking increasingly risky the longer prices stay elevated,” warns Mr. Husain.

Developed market central banks have hardly reacted to the rise in inflation because, as shown by their forecasts, they expect the pressures to be temporary and cool by next year. For example, the European Central Bank (ECB) expects headline inflation to fall from an average of 2.2% this year to 1.7% in 2022.

The bond market appears to be firmly of the belief that the inflation spike is transitory, but this perspective is looking increasingly risky...

At present, central banks are merely signaling the start of dialing back crisis‑era support—they are not proposing to remove accommodative policies or tighten monetary policy yet.

There is a risk that central banks may fall behind the curve in tackling inflation—though in some cases this might be deliberate. For the past decade, many developed countries have been stuck in a low inflation environment despite the best efforts of central banks to engineer pressure on prices. “The current price spike could act as a potential opportunity for select developed central banks to reset inflation expectations higher after years of failing to meet their price target,” noted Mr. Husain.

The ECB may be one of those banks, as the recent sharp rise in European energy prices is expected to drive inflation temporarily above target. “The ECB will likely not lean against temporary inflation pressures generated by the energy price rise but instead keep policy easy to help generate second‑round effects,” said Mr. Husain.

The potential for political change in Europe could also tilt inflation to the upside, which we believe bolsters the compelling case for inflation‑linked bonds in the region. For example, Germany’s next coalition government is likely to increase spending, which could potentially stimulate greater inflation.

I believe this theme of persistent transitory inflation will manifest itself at different times in various geographical locations...

Flexibility has been key to navigating inflation so far in 2021, and we expect this trend to continue. It has become apparent over the course of the year that not all inflation‑mitigating instruments work at the same time, and this served as a reminder that dynamism is required to access the full opportunity set.

In the first three months of the year, for example, underweight duration positions in developed countries such as the UK and the U.S. typically performed well as yield curves steepened on the back of rising inflation expectations. When yields began to fall in the second quarter, however, these positions no longer worked. Then in June, after the Federal Reserve had finally acknowledged the risk of inflation, short‑dated U.S. inflation‑linked bonds appeared to work well.

Looking beyond developed markets has also been important this year. For example, being underweight duration in select Eastern European countries, such as Poland and Hungary, where inflation pressures were rising also proved beneficial at times.

At present, we believe that inflation risk may be managed through exposure to eurozone inflation‑linked bonds, as inflation expectations remain largely underpriced in Europe compared with the U.S. Another way of managing the inflation threat could be to adopt short‑duration positions in countries where price rises could potentially be more structural. This includes the UK, where shortages in global goods and labor supply problems should drive further price rises later this year.

“I believe this theme of persistent transitory inflation will manifest itself at different times in various geographical locations, so while pressure may subside in one region, it could rise in another. It is, therefore, important to keep monitoring the conditions and adapting to them as they change,” said Mr. Husain.

How ESG Considerations are Reshaping Central... 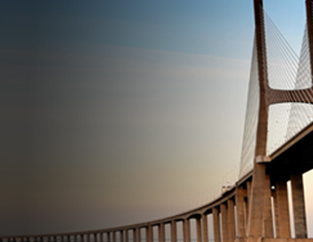