Growth Stocks Unlikely to Be Troubled by Short-Term Inflation Spike

A sharp rise in U.S. inflation is not expected to last

Optimism surrounding the nascent U.S. economic recovery following one of the deepest downturns in history has been tempered in recent months by a sharp rise in inflation. Annual consumer price index (CPI) inflation in the U.S. soared to 5.4% in June—well above the Federal Reserve’s 2% target—raising concerns that earlier‑than‑anticipated policy action might be necessary. This prospect has prompted a rise in equity market volatility, with growth‑oriented stocks coming under particular pressure.

With the so‑called “great rotation” from growth to value‑oriented stocks already playing out in 2021, the emergence of inflationary pressure adds to a challenging near‑term landscape for growth companies. It seems reasonable to think that inflation readings are likely to be more uneven going forward, and potentially spanning a wider range than we have been accustomed to in recent years. Importantly, however, we do not anticipate inflation moving to a consistently higher level over the longer term. As such, we maintain a positive longer‑term outlook for growth companies and their ability to grow free cashflows over time.

Inflation Spike Not Expected to Last

The recent surge in U.S. inflation to the highest levels since 2008 is an understandable source of uncertainty for investors who have grown accustomed to the low inflation/low interest rate landscape that has prevailed for two decades. For growth companies, the possibility of rising interest rates has particularly worrying implications as future cash flows will be discounted at a higher rate, impacting company valuations today.

That said, an uptick in inflation was not completely unexpected. This was always a risk once the government and central bank stimulus measures began to flow through to the economy as it progressively reopened for business. Savings levels have risen during the pandemic, and as the rollout of the coronavirus vaccine broadens to a greater proportion of the population, pent‑up demand is being released. We expect this higher‑trend inflation to continue over the next 12–18 months, before settling back around the Fed’s target 2% level on a longer‑term basis. This is in line with what financial markets are currently indicating, with expectations of around 2% CPI inflation similarly being priced in over the longer term.

Data on inflation expectations appear to support our view that the spike will be temporary. It does not appear that the markets are anticipating a sustained level of higher inflation. The 10‑year break‑even inflation rate is a direct indication of U.S. inflation expectations over the next 10 years. The chart below shows a steep rise in the break‑even rate from the lows of early 2020, which initially appears to be a significant shift. However, the break‑even rate has merely moved back up to around 2% expected inflation—well below today’s 5.4% level.

A similar message can be gleaned from the equity market. Given the severity of the market sell‑off that occurred in the first quarter of 2020, the U.S. equity recovery has been nothing short of spectacular. While volatility has increased in recent months, the S&P 500 Index is up 14.4% year‑to‑date.1

At the corporate level, profits have also recovered well in recent quarters, having fallen sharply during the first quarter of 2020. The recovery has been helped in no small way by the substantial stimulus provided during the past 12 months. Clearly, this level of support cannot continue long term, which begs the question: How sustainable is the recent recovery in profits? In the near term, we are anticipating a sharp cyclical recovery in the U.S., with estimated gross domestic product growth of around 6% per annum as the recovery fully takes hold. Such a rapid rate of expansion is not sustainable, but for the next 12–18 months, at least, this growth should help underpin the ongoing recovery in corporate profits.

The great rotation trade out of growth stocks into value is playing out in a significant way currently as investors sell out of high‑growth stocks in favor of cheaply valued companies, especially those most sensitive to economic recovery. However, at some point, we believe the value reflation trade will play out, and valuations will catch up to long‑term averages. With easy returns harder to find, there is every possibility that the appeal of growth stocks, namely the ability to consistently grow free cash flows over time, will reimpose itself once more.

Indeed, despite the strong relative outperformance by value stocks in 2021, there is very little to suggest that the outlook has materially changed for growth‑oriented companies. Perhaps a more relevant question looking forward might be: Can U.S. large‑cap growth companies—which have delivered stellar returns over the past 10 years—continue in a similar vein over the next 10? With so many variables, this is impossible to answer with certainty. However, the underlying business models of these companies have not suddenly become flawed. The qualities that we look for in compound growth companies, such as competitive advantage, pricing power, high margins, and dominant positions in large and durable markets, are still very much in evidence.

Alphabet and Facebook, are two of the most successful companies of the past decade. Principally, this is due to the fact that they are the dominant players in the field of digital advertising. Thanks to rising internet penetration rates and the ever‑expanding popularity of digital platforms around the world, digital advertising is fast becoming the most effective and preferred form of advertising. Spending on digital advertising has been growing rapidly and looks set to increase over coming years. And as the established, dominant players in this secular growth area, both companies could quite reasonably continue to grow at a faster pace than the market for years to come.

In a similar vein, e‑commerce giant Amazon has clearly demonstrated an ability to reinvent itself and find novel areas of growth and momentum. We believe Amazon’s logistics capabilities could be a driver of long‑term growth. In addition, its digital advertising business, while still very small compared with Alphabet and Facebook, offers a good potential growth opportunity moving forward.

It is worth highlighting that the onset of the coronavirus pandemic has forced many growth companies to adapt their businesses, improve operationally, and provide better customer service. In 2020, for example, we saw the widespread adoption of e‑commerce as people were forced to shop online. As a result, businesses like Amazon invested huge sums in streamlining operations and improving logistics in order to provide better experiences for customers. Groceries was previously an area of Amazon’s business that suffered from poor customer experience, and over the past 12 months, this has improved greatly. We expect to see more of this reallocation of investment toward e‑commerce, as well as digital advertising.

The Appeal of U.S. Growth Companies Is Fundamentally Unchanged

The principal appeal of growth companies is their ability to grow their free cash flow over time. This is an essential feature as it represents the surplus or discretionary cash that a company generates. Over the past decade, the cumulative growth in free cash flows generated by U.S. growth companies has been massive. The key question now is, has this ability been materially impacted or diminished over the past 12 months? We firmly believe that it has not. We believe the inherent, fundamental ability of growth stocks to grow free cash flows over time remains very much intact.

See all article(s) by Taymour Tamaddon...

Value stocks have rallied, but we see the potential for more upside 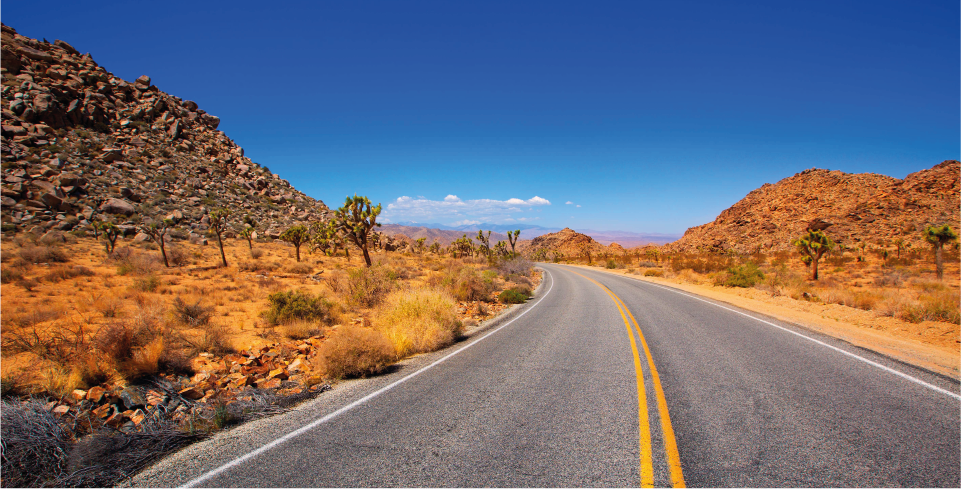