Valuing Our Veterans: A Q&A With Katie Milazzo

T. Rowe Price believes that a workforce with diverse experiences and backgrounds ultimately yields the best result for our clients. With that in mind, the firm launched VALOR, an associate-led business resource group (BRG) that honors the contributions, strengths, and experiences of veterans and their families.

Trained as an aircraft commander and instructor pilot, Katie Milazzo has been at T. Rowe Price for nearly four years as a senior manager and vice president on the global operations excellence team, and she continues her military service as a Reserve Forces director and executive officer of the Civil Air Patrol, U.S. Air Force. The Ohio native most recently added VALOR chair to a long list of achievements.

Growing up in a military town and with grandfathers who served in the armed forces, Katie saw the U.S. Air Force as an opportunity to get an education, and she has continued to serve the military community in countless ways. We spoke with Katie about how community, service, and comradery have shaped her professional and personal lives. 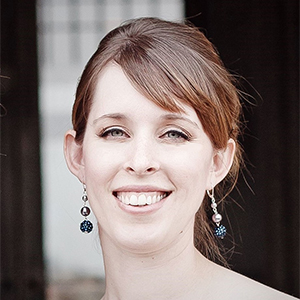 It must have been quite a contrast moving from active duty to a career. What was the transition like for you?

My transition from active duty to the U.S. Air Force Reserves was relatively smooth because I planned and prepared for it. I reached out to people I knew in the corporate and civilian sectors to get advice and mentoring. I also spent a lot of time working on my resume, translating my military experience and skills into language that could be easily understood by companies that I was interested in and companies that were interested in hiring me. At the time, I was looking for work in management consulting, so I could leverage my leadership and program and project management skills. It just so happened that the employer that I was interested in also supported U.S. Department of Defense contracts. My first job after leaving active duty supported the U.S. Army for Booz Allen Hamilton, a global consulting firm.

You've now been working at T. Rowe Price for nearly four years. What attracted you to the firm?

What attracted me most to T. Rowe Price was the culture and values. I don’t think it’s a coincidence that our company values—putting clients first, integrity, accountability, pursuing excellence—resonated with me because they are so similar to the values of the armed forces. The U.S. Air Force’s values are integrity first, service before self, and excellence in all that we do.

That alignment between my personal and professional values played an important role in my decision to join the firm. I knew coming into T. Rowe Price that this was an environment I wanted to be working in. When a colleague said there was an opportunity opening with the firm, it was a no-brainer.

How and why did you get involved in VALOR?

When I joined the firm and started navigating our HR systems to figure out my reserve requirements and work/life balance, I wondered if there were more people like me looking for support,advocacy, and comraderie. There were. It didn't take long to find that community of people. I joined T. Rowe Price right around the time that the grassroots movement to launch VALOR was picking up steam. It was on the cusp of being sanctioned as the newest BRG for the firm, so the timing was perfect. I’m passionate about the military community and spend a lot of time outside my role at the firm supporting and advocating for it. With that in mind, I raised my hand to say I wanted to be involved, learn more about VALOR, and be a part of building it into a thriving BRG. 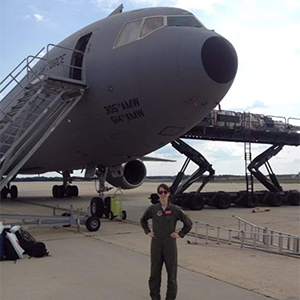 How do you balance your work at T. Rowe Price and your work in the Air Force Reserves?

The balance has been pretty good. Human Resources policies allow associates to take military leaves of absence to fulfill their service commitments. There are several reservists and National Guards members throughout the company, some of whom are deployed right now. It’s great that there are systems in place to allow us to continue to serve.

I also have kept the lines of communication open with my manager and Air Force commander to enable remote work, even before the pandemic I have the ability to fulfill some of my commitments to the Air Force remotely outside of my normal T. Rowe Price hours without having to travel to my assigned duty location. Both of my employers have been very supportive. The key to striking that balance was communicating what I needed and talking through what my options were. That's important regardless of your military status. People should be comfortable enough to ask for what they need and find a balance that supports everyone.

Why was continuing your military service important to you?

In addition to the values and culture, I have a strong connection to the Air Force. As a reservist, part of my job is to support and mentor cadets for the Civil Air Patrol, which is the U.S.’s Air Force auxiliary. The opportunity to engage, mentor, and develop the next generation of leaders is important. These are going to be the people who are protecting and defending our nation for generations to come. It's critical that they, in turn, feel supported and get the training they need to succeed.

My sense of duty extends beyond my job to being a mentor at the Veterans Treatment Court in Baltimore. The program was designed to help people who served this country and, due to circumstances and some bad decisions, have found themselves in the criminal justice system. It’s a program that supports and rehabilitates veterans, so they can reenter society and regain that sense of community so many of us experienced when we were in the military. What ties it all together for me is the desire to give back to the community that has given so much to me. The sense of being a part of something that is bigger than yourself never leaves you.

Do you have any advice for other veterans looking to transition to civilian careers?

Plan, prepare, and ask for help. Even if you think you're good at writing resumes and you have a good grasp on how to translate your military experience and skills into a corporate environment, there are a ton of great resources out there. Also, build a strong network and leverage your relationships to open doors and explore new opportunities. Use all available resources t to help you shine and allow employers to see what a true asset military experience can be in a corporate setting.

Back to People & Culture Page