Federal Spending Could Be a Catalyst for Industrials

The potential size and scope of future federal spending bills to bolster the economy, especially an infrastructure measure, would have important implications for the industrials sector.

After passing the Tax Cuts and Jobs Act, President Donald Trump issued an infrastructure agenda that never resulted in legislation. Should he win reelection, Trump could push for a package targeting surface transportation improvements—measures to repair roads and bridges—along with airports and other critical infrastructure. Democratic candidate and former Vice President Joe Biden, by contrast, has called for an ambitious plan to fund traditional infrastructure projects while also investing heavily in clean power and energy efficiency.

The ultimate shape of either candidate’s infrastructure plan would depend heavily on the balance of power in the Senate.

Regardless of which candidate wins the presidential election, Jason Adams, portfolio manager of the Global Industrials Equity Strategy, believes some type of infrastructure bill is likely—which could be a boost to machinery and construction companies.

The ultimate shape of either candidate’s infrastructure plan would depend heavily on the balance of power in the Senate.

The next president’s trade policies would also have important implications for industrials companies, which typically sell their products overseas and operate global supply chains. Both candidates have espoused a tough approach to China, though their strategies and goals would differ.

During his first term, Trump’s push to narrow the U.S. trade deficit through punitive tariffs created higher uncertainty, regulatory scrutiny, and costs for industrials with multinational operations. We believe that trade tensions with China likely would intensify if the Republican were to win reelection. At the same time, Trump might also seek to redefine U.S.‑EU trade relations, potentially increasing the risk of further tariffs.

All signs suggest that, as president, Biden would also take a tough stance toward China on market practices and human rights issues, though he would likely seek multilateral partnerships and engage levers beyond trade in any renegotiation of the U.S.‑China relationship.

...factory automation could be a relative beneficiary if global supply chains continue to be localized.

The challenges the U.S. faced in sourcing personal protective equipment and other critical medical equipment during the coronavirus pandemic demonstrated the country’s need for secure and readily accessible supplies in the event of a crisis. These concerns about supply chain security could buttress the Trump administration’s efforts to encourage the reshoring of American industry through tax credits and tariffs. Initial efforts would likely focus on targeted health care and technology supply chains but could extend to critical technologies in the industrials sector. Biden, too, has voiced support for onshoring strategically critical American industries. Adams says he thinks that “factory automation could be a relative beneficiary if global supply chains continue to be localized.”

President Trump’s deregulation efforts have removed and weakened environmental rules, lessening compliance costs for some U.S. manufacturing and heavy industry companies. This trend is likely to continue if he were to secure another term.

A Biden administration would seek to strengthen environmental regulations, likely making them even stricter than those implemented under former President Barack Obama. For example, Biden has supported classifying perfluoralalkyl and polyfluoralalkyl chemicals (PFAS, collectively) as “hazardous substances,” a designation that would require enforceable maximum limits on their presence in drinking water. The prevalence of these manmade substances in many industries and products could saddle polluters with remediation costs.

Political and policy outcomes aside, Adams believes that industrials stocks could benefit “once investors’ focus shifts to the business cycle ahead,” citing the possibility of synchronized economic growth in key economies “as a potentially positive catalyst for the sector.”

Finding Opportunities After the Rebound
Next Article 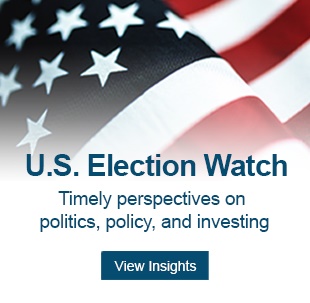 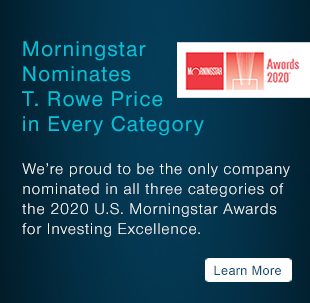