Significant correlations exist within and across sectors, no matter the size of the company

The findings: Profits and plan performance go hand in hand.

We evaluated the relationships between common corporate financial performance measures (used by CFOs) and markers of successful 401(k) plans (used by Human Resources):

More information about how we approached the research is available in our white paper.

Regardless of a plan’s size or a company’s industrial sector, companies with great 401(k) plans in terms of company generosity, salary deferrals, participation, and account balances are more likely to have significantly higher gross margins than average plans.

Finding #2: Net income per employee indicates that investing in the 401(k) plan could correlate to increased profitability.

No matter which measure of profit or income we examined, having a great 401(k) plan is potentially an advantage to the company’s bottom line, while having a poor plan similarly is potentially a disadvantage. 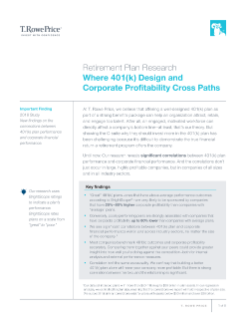 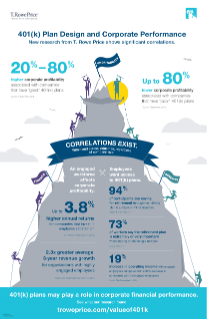