How higher oil prices could impact inflation and the asset class.

Each month, our portfolio managers, analysts, and traders conduct an in-depth review of the full fixed income opportunity set. This article highlights a key theme discussed.

Rising oil prices are front and center of the markets’ narrative at present. What this potentially means for emerging market (EM) countries and how it impacts inflation and—in particular—currencies were key discussion points during our latest investment policy meetings.

We should expect to see improved fiscal and export revenues in major EM producers and exporters from sustained higher oil prices.

Global economic recovery hopes and oil production cuts have helped oil prices rise to their highest level in more than a year. For EM sovereign energy producers and exporters, this should help in two distinct ways: first, by lowering fiscal funding needs; and, second, by improving their current account position.

“We should expect to see improved fiscal and export revenues in major EM producers and exporters from sustained higher oil prices,” said Andrew Keirle, a portfolio manager and member of the global fixed income investment team.

In terms of financing needs, we anticipate that Saudi Arabia, Qatar, and Russia will see the biggest improvements in the investment‑grade space, while Angola and Ecuador could benefit the most among sovereigns rated below investment grade. By contrast, it is possible that Nigeria will deteriorate as its funding needs rise in 2021 due to increased maturities and ongoing structural weaknesses in collecting revenues.

On the external side, a reversal of last year’s trend is expected. “Higher oil prices should help to improve current account balances of oil exporters after the significant deterioration last year when prices plunged,” said Mr. Keirle, noting that the beneficiaries of this trend could include Israel, Russia, Colombia, and Mexico.

Higher headline inflation could spark a debate in markets about whether central banks in EMs need to take action and hike interest rates.

The recovery in oil prices should contribute to pushing headline inflation moderately higher in EMs over the next few months. Core inflation, which excludes food and energy sectors, is expected to lag, however, as it will take time for output gaps to close and activity to normalize.

“Higher headline inflation could spark a debate in markets about whether central banks in EMs need to take action and hike interest rates,” said Mr. Keirle. “While there is potential for some action unless there are second‑round inflation effects, EM central banks are unlikely to react substantively in the near term.”

Broadly, we anticipate that many EM central banks will stay on hold this year, although a handful could begin hiking cycles. Brazil stands out on this front and looks set to raise interest rates in response to inflation pressures. From a currency perspective, this could be supportive for the Brazilian real, which remains undervalued, in our view.

The Czech Republic is another potential hiking candidate in 2021 with core inflation consistently printing above the central bank’s target. “In central and Eastern Europe, we favor the Czech koruna as a long position on anticipation of faster monetary policy normalization,” Mr. Keirle noted.

Beyond Emerging Markets—Inflation Will Be a Global Story

Inflation is also expected to rise in developed market countries due to base effects from oil and the likelihood of consumption rebounding. This, together with expectations for a recovery in economic growth later this year, should bias core bond yields higher and curves steeper—moves that we have already seen in markets so far in recent months.

“The Federal Reserve has been unapologetically dovish, vowing to keep interest rates low for a prolonged period and look past potentially higher inflation,” said Mr. Keirle. “Against this backdrop, yield differentials should remain supportive for EM currencies even if developed markets interest rates have had a tendency to rise recently.”

Attractive valuations further bolster the investment case for EM currencies, in our view. “The U.S. dollar’s downcycle may have temporarily paused, but we believe the long-term drivers for weakness remain and that should help EM currencies to appreciate,” concluded Mr. Keirle.

Why Dividend Growth Investing Has Staying Power
Next Article

Andrew Keirle is a vice president of T. Rowe Price Group, Inc. and T. Rowe Price International Ltd. He is a portfolio manager of the T. Rowe Price Emerging Markets Local Currency Bond Fund and chairman of the fund's Investment Advisory Committee. Before joining T. Rowe Price in 2005, he was a portfolio manager and analyst at Lazard Asset Management. Prior to joining Lazard, Andrew spent seven years as a global portfolio manager at Gulf International Bank in London. He is a qualified member of the Institute of Investment Management and Research, and he also holds a diploma from the Society of Technical Analysts. Andrew graduated from the University of Swansea at the University of Wales in 1996 with a B.Sc. in economics and politics.

See all article(s) by Andrew Keirle...

See all article(s) by Saurabh Sud...

Subscribe for email updates on our latest insights on Fixed Income. 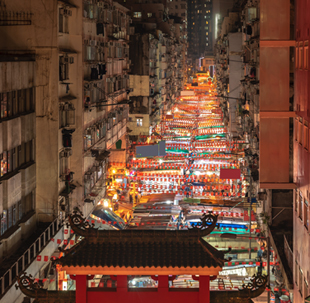