Registration incomplete.
Please reference the email we sent you and click the link to confirm. If you don't see an email, please check your spam folder orrequest another email.
We need to confirm your email.
We've been unable to send a confirmation through to the email address provided. Please kindlyconfirm your email address to complete your subscription and start receiving email updates.
Home / Insights / 2019 / Q3 / China’s Long-Term Opportunity Remains Compelling

For some five decades, economic growth in China has handily outpaced global growth. Rapid productivity growth, rising wealth, and robust domestic demand have all fueled the China economic “miracle.” More recently, however, slowing growth; rising debt; and, latterly, trade‑related uncertainty have dominated the narrative. Just as China is opening up its domestic equity and bond markets, creating vast new opportunities for foreign investors, some are beginning to question China’s investment potential. However, we believe the long‑term investment case remains compelling.

China has been such a strong driver of global growth for so long, it is not hard to see why its slowing economy is worrying for many investors. Crucially, however, as China’s weight within the global economy has increased in recent decades, so too has its overall contribution to global growth. China now contributes roughly 1% of total global growth, which is currently 3% to 3.5%. So even though China’s aggregate growth rate has slowed to around 6% to 6.5% per annum, it continues to provide a substantial contribution to global gross domestic product (GDP) growth.

Meanwhile, as China has become fully integrated into the global goods and trading system, income levels have largely converged to the global average, with China now essentially a middle‑income country. Yet, there is still some way to go before it catches up to the world’s wealthiest nations. So despite being the world’s second‑largest economy, there is still a great deal of relative wealth improvement potential. To put this in context, if China’s relative wealth was to converge with U.S. levels, for example, its economy would balloon to roughly four to five times the size of that of the U.S.

However, making this jump is easier said than done, and China must overcome various structural challenges if it is to reach that next plateau of relative wealth equality.

A major development in global bond markets recently has been the opening up of China’s domestic bond market to foreign investors. Historically, it was very difficult for fixed income investors to access China’s bond market due to strict capital controls and quotas. However, the creation of the Bond Connect system in 2017 has allowed foreign investors to invest seamlessly in the onshore bond market, and paved the way for China’s inclusion in the Bloomberg Barclays Global Aggregate Bond Index in April 2019. China will ultimately make up a 6% weighting in the index at full inclusion, completed over a 20-month period.

Meanwhile, in September 2019, J.P. Morgan announced plans to include China in its emerging market local bond index, capping its weighting at 10% (phased in over a 10-month period). The total size of China’s onshore bond market is closer to USD 13 trillion—an amount roughly equivalent to all euro‑denominated securities—if it were to be fully represented in the index.

The Rise and Rise of Asia Credit

There has been tremendous growth in the Asia credit asset class over the past decade. Since 2010, the universe has been growing at a rate of 15% a year, and today there is more than USD 1 trillion in outstanding debt stock.1 What’s more, we think that this double‑digit growth can be comfortably sustained moving forward. U.S. dollar bonds remain a very small part of the overall funding mix for Asian corporates and, so, could continue to increase as companies look to diversify their sources of capital.

The market offers a broad and diversified credit profile, and appetite for new issuance should remain strong. The high savings rate in China and other key markets creates a powerful structural demand from within the region for income‑generating investments, with local investors accounting for around 88% of corporate debt ownership in Asia.2

Deleveraging policies and increased regulation in recent years have also imposed new discipline and forced poorer‑quality firms out of the market...

Despite headline uncertainties tied to U.S.‑China trade tensions and the impact on global growth, the Asia region still boasts the fastest economic and demographic growth, globally. China’s economic influence has been well documented, and we expect it will remain so. Policymakers are working to reduce reliance on export‑led growth, increase foreign currency reserves, and improve the transparency of the markets.

Country fundamentals across the region have improved steadily over the past decade, with all the major countries graduating to investment‑grade status. Deleveraging policies and increased regulation in recent years have also imposed new discipline and forced poorer‑quality firms out of the market—all of which augurs well for the longer‑term stability and growth of the asset class.

The most important attribute for credit investors is the health of the balance sheet—a feature strongly demonstrated by many Asia corporates. Looking at Chinese internet companies, for example, a number of these businesses boast healthy, net cash, balance sheets. The strong financial position of these companies makes their bonds potentially attractive while, in contrast, the equity stock might look less so given the volatility in earnings seen in these businesses over the past year.

Asia credit has demonstrated an attractive track record of risk‑adjusted returns over an extended period. With an average credit rating profile of BBB+ and 30% of the J.P. Morgan Asia Credit Diversified Index benchmark coming from developed countries, it is noteworthy that Asia credit has generated stronger long‑term returns versus U.S. investment‑grade credit, but with a similar level of volatility.

Currently, we prefer Asia investment‑grade bonds, as well as maintaining a higher quality bias for our Asia high yield exposure. A prolonged U.S.‑China trade war and the threat of broad‑based economic slowdown would likely see high yield credit spreads remain at elevated levels. That said, we do see selective opportunities in China high yield real estate and consumer sectors, but also stress the need for bottom‑up, fundamental analysis to pick the winners.

From an equity market perspective, there is no doubt that the China A‑shares market represents an exciting long‑term opportunity. The domestic market remains highly inefficient, dominated by retail investors, and still significantly underpenetrated by foreign investors. Foreign ownership of China A‑shares, for example, remains around just 3% while, in comparison, other Asian markets, like Taiwan and South Korea, are around 40% foreign owned (Fig. 1).

Over the last five years, global investors in China have largely targeted the growth‑oriented names, particularly in the higher‑profile technology/internet‑related areas. However, interest is starting to broaden beyond the tech sector alone, with consumer‑oriented areas, for example, attracting increasing investment. As foreign investor interest and investment continues to grow, this will not only underpin long‑term returns, but also drive improvement in market regulation and transparency. 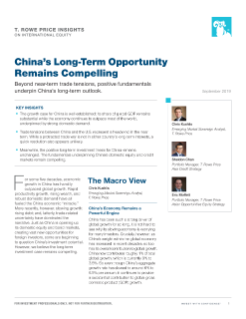 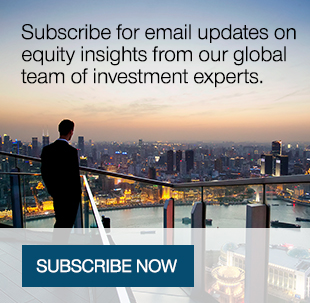 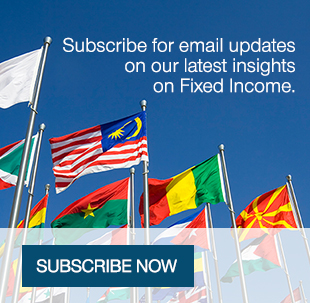