This Time, the U.S. Value Rotation May Have Longevity

Inflation has become a focal point for U.S. investors over the past year as consumer prices have surged amid the post‑pandemic reopening of the economy. Understandably, this is causing a great deal of uncertainty as, for many, the prospect of a world of more persistent inflation and rising interest rates is unfamiliar. However, while we anticipate inflation easing from current elevated levels over the coming months, we also believe that a fundamental change in the investment landscape is underway, thus supporting a potentially more sustainable rotation into value‑oriented investments.

The “Sticky” vs. “Transitory” Inflation Debate

…we have been more inclined toward the latter camp, believing that inflation was likely to prove longer lasting than many—including the U.S. Federal Reserve—had initially expected....

Early in 2021, as U.S. inflation started to move sharply higher, debate raged between those who expected higher prices to prove transitory and those who thought the emerging inflationary pressure was likely to remain more stubbornly elevated. Throughout this time, across the T. Rowe Price U.S. Value franchise, we have been more inclined toward the latter camp, believing that inflation was likely to prove longer lasting than many—including the U.S. Federal Reserve—had initially expected. This non‑consensus view has subsequently proved significant in our decision‑making over the past 12–18 months.

Market Rotation May Have Longevity This Time

Unlike previous rotations to value, which in recent years have proved to be fleeting, we believe that the current move could have greater longevity as the fundamental landscape appears to have shifted. A key indication of this can be gleaned from the U.S. Federal Reserve and the dramatic change in its narrative in recent months. Until late 2021, the Fed was still talking about rising inflationary pressure as being transitory in nature, thereby requiring little policy action to be taken during 2022. More recently, however, the statements from the Fed have notably dashed all mention of “transitory” from its inflation narrative. And from its previous position of potentially not having to act in 2022, the Fed has proceeded to hike rates by 75 basis points in the first four months of the year to rein in supply‑driven inflation.

Accordingly, for the first time in many years, there is growing conviction that the Fed will need to raise interest rates materially. For value investors, this is a pivotal development given the historical correlation that exists between rising U.S. Treasury yields and the relative performance of more value‑oriented market sectors. Rising inflation/interest rates tend to support value because the profit from value stocks typically comes sooner whereas growth stocks are typically more profitable further into the future. As inflation picks up and interest rates rise, future profits have to be discounted at a greater rate, making them worth relatively less today.

Furthermore, the relative valuation differential that currently exists between U.S. growth and value shares, which remains around all‑time wide margins, means certain parts of the market—stocks with the highest valuation multiples—are even more sensitive to movements in bond yields. As such, we could potentially see some exaggerated internal market swings toward value.

Economic “Normalization” Is the Fed’s Priority

The Fed is clearly focused on achieving economic normalization and may yet have to move even faster with policy action in order to cool inflation. Our base case is that headline measures of U.S. inflation are likely to peak within the next several months before gradually declining. Importantly, however, we do not anticipate a return to the ultralow inflation/interest rate landscape that the world has become accustomed to over much of the past two decades.

Recent measures of inflation are elevated due to a mix of both transitory and longer‑lasting elements. And while we anticipate moderation in some of the shorter‑term components, other prominent sources, such as wage growth, could prove stickier than many previously expected. Similarly, housing/real estate expenses also represent a large component in most inflationary measures, and the trajectory of the U.S. housing market remains firm in our view. The significant disruption to global supply chains caused by the coronavirus pandemic and, more recently, the Ukraine crisis is also likely to see more companies eschew globalization in preference for a more local/regional business focus. Many U.S. manufacturing businesses, for example, can no longer reliably depend on components coming out of Asia, given ongoing battles with the coronavirus. This expected refocusing on locally sourced/produced components, therefore, is likely to see an increase in overall costs for U.S. companies, which would ultimately flow through to higher‑priced goods.

Relative Premium of U.S. Growth vs. Value Over Past 20 Years

(Fig. 2) Down from recent peak, but still almost 2x the long‑term average

Balancing Near‑ and Longer‑Term Opportunities

Our constant aim is to manage the portfolio with a balanced view of risk versus return opportunities. Many holdings within the portfolio have been near‑term beneficiaries of the changing fundamental environment that we are seeing currently. Several of our investments with commodity‑related exposure, for example, responded favorably over recent quarters. Investors appear to have gained a new appreciation for the importance of these companies within the global economy and the underlying value of their long‑term strategic assets.

…by taking a long‑term view, and by being willing to weather some near‑term uncertainty, we can build meaningful positions in what we believe are quality businesses.…

On the other side of the ledger, however, we also have investments in companies that underperformed over recent quarters. Several of our consumer staples companies fall into this category. Each of these businesses is grappling with rising input costs, and this is putting near‑term pressure on profit margins. Importantly, however, we know these companies well, and each has a history of being able to increase prices over time to offset rising cost pressures and support margins. Once again, by taking a long‑term view, and by being willing to weather some near‑term uncertainty, we can build meaningful positions in what we believe are quality businesses with the potential to address these issues over time.

As we continue to move through the post‑pandemic economic recovery, we believe that we will ultimately see more persistent U.S. inflation and higher interest rates. This would mark a potentially fundamental shift in the landscape that we have become accustomed to over the past 20 years—and one that would prove highly supportive of value investing—as investors refocus on the appeal of near‑term profits bought at lower prices. Moreover, there remains a good opportunity to benefit from the still historically wide valuation differential that exists between value and growth‑oriented market areas.

Risks—the following risks are materially relevant to the portfolio:

Small and mid-cap risk—Stocks of small and mid-size companies can be more volatile than stocks of larger companies.

Style risk—Different investment styles typically go in and out of favour depending on market conditions and investor sentiment.

Capital risk—The value of your investment will vary and is not guaranteed. It will be affected by changes in the exchange rate between the base currency of the portfolio and the currency in which you subscribed, if different.

ESG and Sustainability risk—May result in a material negative impact on the value of an investment and performance of the portfolio.

Geographic concentration risk—To the extent that a portfolio invests a large portion of its assets in a particular geographic area, its performance will be more strongly affected by events within that area.

Hedging risk—A portfolio’s attempts to reduce or eliminate certain risks through hedging may not work as intended.

Investment portfolio risk—Investing in portfolios involves certain risks an investor would not face if investing in markets directly.

Operational risk—Operational failures could lead to disruptions of fund operations or financial losses.

See all article(s) by Gabriel Solomon... 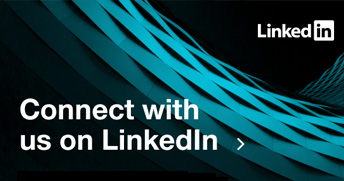