There’s a popular narrative at the moment that stocks are outrageously expensive because we’ve had a massive rally from the bottom and the economic and the earnings data are really, really bad at the moment.  So it’s easy to think that the stock market has gotten ahead of itself.

However, I would argue that stocks are closer to fairly valued. Let me give three reasons. First, interest rates. Second, expectations. And third, the stimulus measures.

On interest rates, we started the year 1.9% on the US 10-year treasury, and now, we’re below .9%, so we’re 100 basis points lower. All else being equal, valuation models tell us that when rates drop, we can sustain higher valuations.

On expectations, I would argue that expectations are low. You see this in sentiment indicators, for example. This is not a rally that is well liked. CFTC net speculative positions, so hedge funds for example, are showing massively short positions.

So this lack of rotation into more cyclical asset classes within stock markets shows that expectations are still fairly low. One way to think about expectations is that suppose that everyone expects that the economy will open at 20% for the next eight to 12 months, and that we actually reopen at 50% sooner rather than later. This will cause positive surprises in a lot of the underlying data.

And when I say that I don’t mean that the economy will recover very quickly or that we won’t see any permanent damage. But fundamentally, once we get a vaccine and the pandemic gets under control, we have a lot of jobs that will return almost automatically in the restaurant industry, in the leisure and hospitality industries. So massive stimulus, a bridge for what is fundamentally a temporary shock despite some permanent damage.

So investors should think about their asset allocation especially from a long-term perspective, as, look, now is not the time to be a hero and being well diversified between stocks and bonds when we think there are still risks, for example, the U.S. election around stocks.  It makes sense to be strategically well diversified across stocks and bond markets.

The views contained herein are those of the authors as of June 2020 and are subject to change without notice; these views may differ from those of other T. Rowe Price associates. 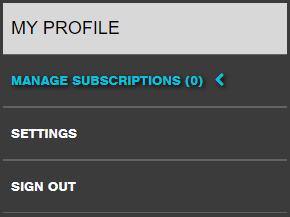